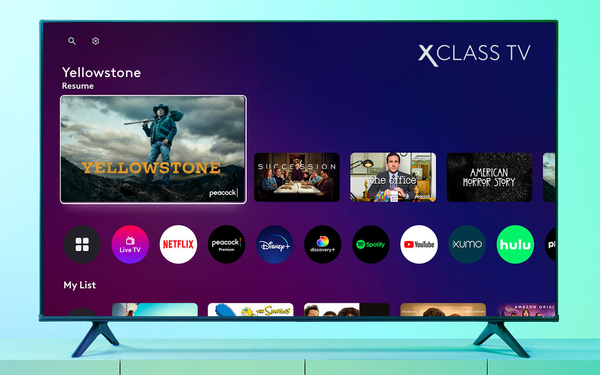 Comcast Corp. has launched the sales of its smart TV sets -- XClass TV -- a product available to consumers without the need for a cable TV subscription, the company’s Xfinity service.

The announcement had been anticipated. Comcast joins other TV/video focused companies -- Amazon and R0ku -- in selling their own branded TV sets.

One of the key abilities for XClass TV is voice control and search, allowing users to access apps, movies, shows and sports with a voice command or remote click.

The TV set will be loaded with hundreds of streaming apps and services, including Peacock, Disney+, HBO Max, Hulu, Netflix, Prime Video, YouTube and more.

Other XClass TV features include creating a personalized playlist where consumers save and quickly access shows or movies from across apps and services right from the home screen or via a button on the remote.