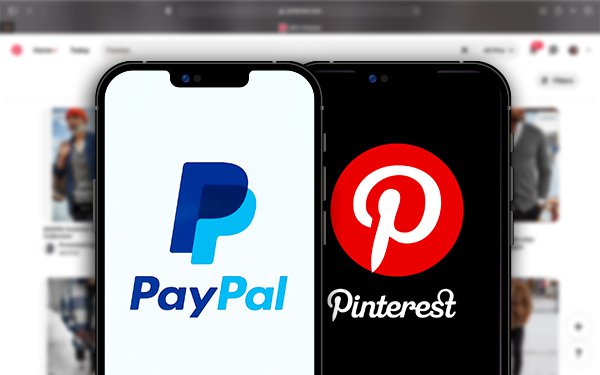 PayPal, which has largely benefited from the boom in online shopping, now has Pinterest in its sights.

The company reportedly on Wednesday is in discussions to acquire Pinterest, known for its search features and the ability for brands to reach shoppers from its site.

Social commerce allows companies to track clicks and purchases in their respective apps. One benefit is to prove the effectiveness of ads and performance to advertisers.

The potential deal gives Pinterest a market value of more than $35 billion, according to The Wall Street Journal. The news of the possible deal was first reported by Bloomberg.

Last month, PayPal acquired Paidy, a Japanese "buy now-pay later service." The price, approximately $2.7 billion. The transition is scheduled to close in the fourth quarter of 2021.

Colin Sebastian, analyst at Baird Capital, wrote in a research note that "Pinterest could help PayPal accelerate its super app ambitions." he explains in the note that PayPal expects to launch contextualized shopping in the PayPal app that will provide relevant, personalized product listings, recommendations, offers, coupons and deals to consumers with transactions directly in the app.

Pinterest has more than 400 million monthly users searching for products and services, and planning purchases, which could become a major source, including data, PayPal could use to enhance both consumer and merchant services. The acquisition would increase the size of its consumer base by converting Pinterest users into PayPal account holders, Sebastian wrote.

On Wednesday, Pinterest said it would invest $20 million into a Creators Reward program -- an initiative that pays creators for sharing their passions and inspiring meaningful engagement through their content.

Access to Creator Rewards is available in the U.S. through a global Creator Hub, where they can manage the content with tools, tips and insights.

The program also is providing “micro-grants” for projects that creators are passionate about or want to bring to life.

The company has also announced a new suite of creator tools. The features are intended to empower creators to publish high-quality content that drives engagement with their communities and pays them for their inspiring content. These new experiences offer site visitors more ways to watch, make and shop creator content. Shop is the keyword for PayPal.

On Pinterest there a new watch tab, a fullscreen feed of Idea Pins users can scroll through and engage with fresh content from creators. It shows the best Idea Pins relevant to a Pinner's tastes and preferences. The browse tab is an evolution of Pinterest’s traditional inspiration feed.

Site users also can create Idea Pins for the first time with a range of new publishing tools to make their Idea Pins more actionable, including: seasonal and interactive stickers, thousands of music tracks with editing capabilities, video editing and recording capabilities, and preview mode that helps creators see the final output before publishing.

Pinterest, founded by Evan Sharp, Ben Silbermann, and Paul Sciarra continues to have ups and downs. News of the potential deal comes less than a week after Pinterest co-founder Evan Sharp announced plans to leave the company to join LoveFrom, a firm led by Jony Ive, the designer many Apple products.