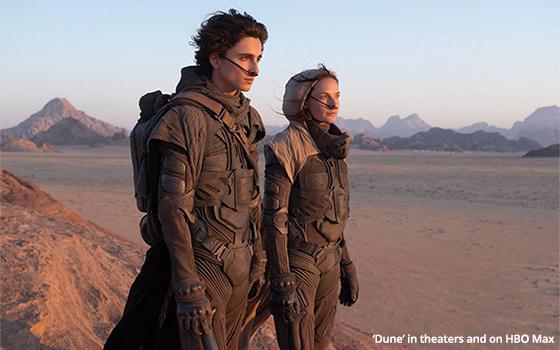 Although advertising revenues at WarnerMedia were down in the third quarter this year, overall revenues were up 14% to $8.4 billion — largely due to the growth of HBO Max.

Subscription revenues for the premium video-on-demand services grew 15% to $4 billion in the period.

HBO/HBO Max finished the third quarter in September with 45.2 million U.S. subscribers, down 1.8 million from the 47 million in the second quarter. This came after WarnerMedia decided to remove the HBO/HBO Max from Amazon Prime Channels.

Worldwide, WarnerMedia said it now expects HBO and HBO Max to reach the higher end of its end-of-year guidance. In July, the company said it would be 70 million to 73 million.

For the third quarter, WarnerMedia content-sale revenues were sharply higher — due to the return of theatrical film business and higher TV licensing for the July-through-September period. That business gained 32% in the period versus a year ago, to $3.1 billion.

Advertising revenues were down 12% to $1.4 billion.

In the 2020 third-quarter period, the completion of the suspended 2019-2020 NBA season ran from July through October.

The season typically ends in mid-June. Also in 2020, there was strong political advertising spending, due to the Presidential election.

This past June, HBO Max launched its ad-supported option for consumers. Jason Kilar, CEO of WarnerMedia, did not offer many details in the company’s earnings phone call with analysts.

“We’re happy, not just in terms of the absolute response, in terms of subscribers, but also because advertising helps lower the price and increase the value for an HBO Max subscription.”

Kilar did add that certain high-end theatrical films that would be shown on HBO Max — but “The Matrix,” “King Richard” and “Dune” would not be available for the HBO Max ad-supported option.

However, he said that beginning n January 2022, there would be “full content parity” when it comes to the HBO Max ad-supported option for consumers.

AT&T also said now the DirecTV deal has closed -- spun off to a private-equity company TPG Capital. WarnerMedia will continue to represent and sell DirecTV advertising inventory, compensating DirecTV through a revenue-share arrangement.

That revenue share will now be recorded as an expense to WarnerMedia. In the third quarter, there was more than $200 million in DirecTV ad-revenue sharing costs.

Previously, AT&T has said it would be retaining Xandr, its advanced advertising unit, which had been folded into WarnerMedia. WarnerMedia is being spun off to Discovery Inc., a deal that is expected to close in mid-2022.
advertising, earnings, hbo max, revenue, streaming, svod, television, warnermedia
Next story loading