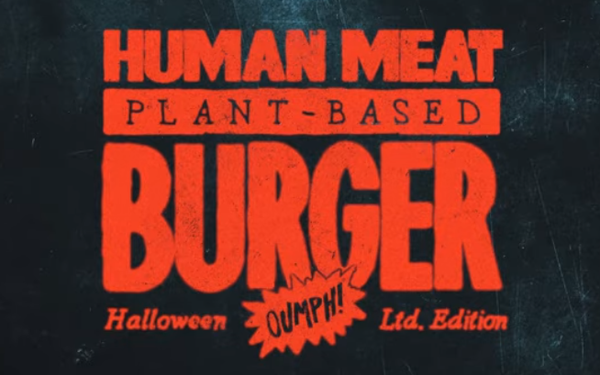 Oumph! is a Swedish restaurant chain that makes a range of plant-based products out of soybeans.

Doesn’t sound that scary? Well, in this Halloween ad from MullenLowe Group, the chain promises “the scariest plant-based food ever,” which it bills as “plant-based human meat.”

The ad then tells viewers to relax because “it’s plant-based.” Of course, that claim is compromised by the creepy imagery of slicing lettuce in the dark and a meat grinder producing (one presumes) vegan food.

Launched in 2014, Oumph! has been a success story and part of the Swedish Food for Progress initiative, which aims to help create a secure worldwide food system. In 2020, the chain was taken over by the U.S.-based LiveKindly.

Even scarier, Credit Suisse predicts the vegan food market will reach $1.4 trillion by 2050. By that time, vegan milk will hold 50% to 80% of the market.