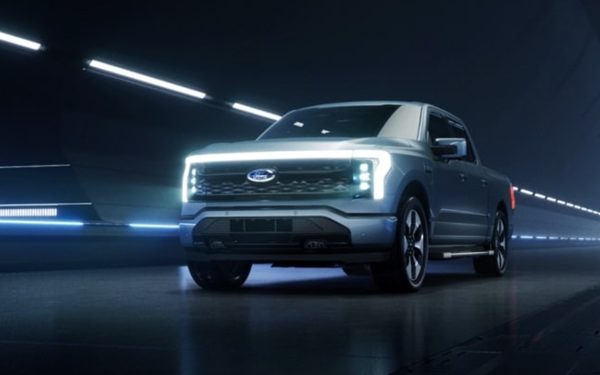 Ford Motor Co. is partnering with Google to create an augmented reality experience aimed at educating customers about its new all-electric pickup truck.

The automaker has taken more than 160,000 reservations for the F-150 Lightning truck, which goes on sale in the spring, and more than half are new to Ford.

Customers can access it on Android and iOS mobile devices in the United States, on the Ford website, and social platforms including YouTube and Instagram. Participants select their favorite color and trim package, then place an augmented-reality truck anywhere in their own environment.

Research from Google and Ipsos show 58% of U.S. car shoppers considering a new vehicle in the next six months are considering purchasing or leasing a hybrid or fully electric vehicle, and 83% spend up to three months researching before buying.

As a result, Ford is trying to take a proactive approach to help inform shoppers as they embark on the journey to purchase their first battery-electric vehicle, says Suzy Deering, chief marketing officer, Ford Motor Company.

“There is a tremendous amount of intrigue about what electric vehicles can do,” Deering says in a release. “We want to show, not just tell, since we believe educating customers on the full potential and capabilities of electric vehicles helps them make the transition from traditionally powered vehicles to all-electric ones.”

Ford is not the first automaker to enlist AR to show off a vehicle’s features. The Lexux AR Play app, which launched in June 2020, allows consumers to interact with the redesigned 2021 IS, opening and closing the doors and trunk and experiencing up-close 360-degree exterior and interior views. Audio narration explains the vehicle’s design, performance, and safety features.