2021 Ad Price Inflation Revised Up A Full Percentage Point To +4.4% 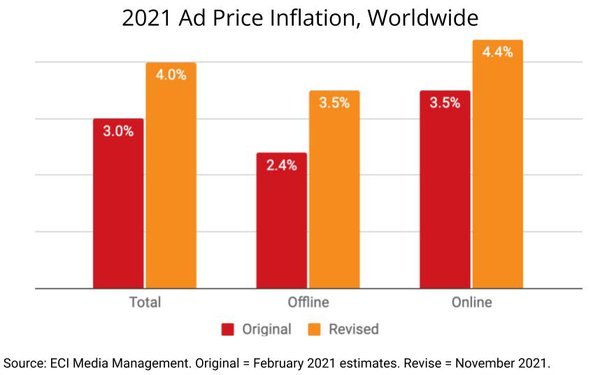 As economists analyze the implications of the biggest monthly spike in U.S. consumer price inflation since the 1990s, advertisers are also bracing for an uptick in ad-price inflation across the major media, especially digital.

Global ad prices are now projected to rise 4.0% this year -- up a full point from the 3.0% rate of media ad-price inflation projected by ECI Media Management when it released its last outlook in April.

In a positive note for traditional media pricing power, ECI revised its outlook for "offline" ad prices up 46% to an inflation rate of 3.5% this year versus the 2.4% inflation rate it was projecting in April.

Ad prices for all media are rebounding significantly from 2020, when the overall media marketplace fell 1%, and "offline" media fell 5.3%, although online media continued to rise at an inflation rate of 3.0%, according to ECI's estimates.

The ad industry's rate of inflation is not as bad ad the one being experienced by American consumers, which hit a 31-year high of 6.2% in October vs. the same month a year ago, according to estimates released by the Bureau of Labor Statistics Wednesday. 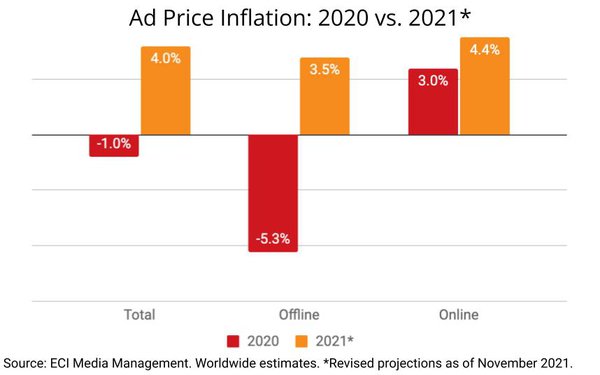 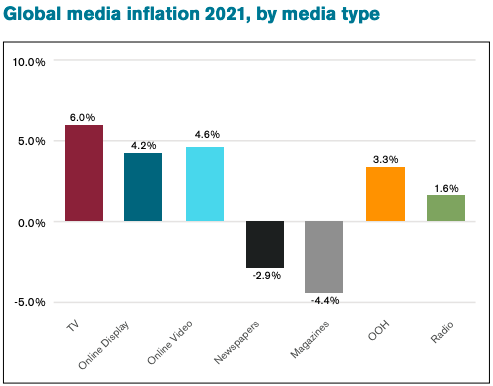