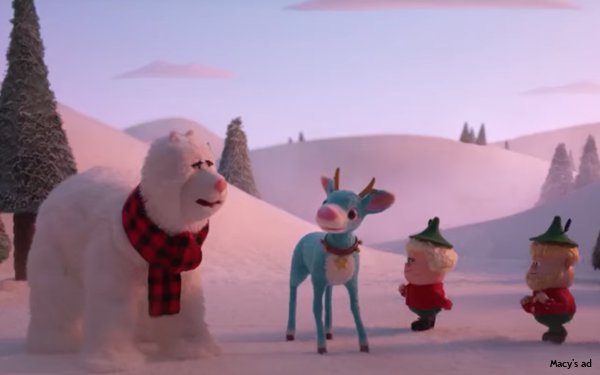 Both Macy’s and Kohl’s posted strong sales numbers, as shoppers continued to renew their love affair with apparel. And both chains, beating expectations, elevated their forecasts for the months ahead, confident that consumers won’t slow their spending.

“Our strategic efforts to transform Kohl’s into the leading destination for the active and casual lifestyle continue to build momentum,” says Michelle Gass, chief executive officer of the Menomonee Falls, Wisconsin-based retailer. “We delivered another quarter of record earnings with both sales and margins exceeding expectations.”

The rollout of the new Sephora at Kohl’s stores, now numbering 200, fueled some of the growth.

Notably, the New York-based retailer says it welcomed 4.4 million new customers into the Macy’s brand this quarter, a 28% increase over 2019. Digital sales improved 19% versus the year-earlier period, and are up 49% when compared to the third quarter of 2019.

Home, fragrances, jewelry, watches and sleepwear continued to be some of the strongest categories.

But he notes that many apparel retailers are reporting solid results, “as the combination of a reopening economy and low markdown rates has resulted in strong full-price sell-through.”

And while commending the company’s transformation efforts and innovative inventory strategies, Swartz predicts rising pressure on profit margins. “Macy’s cautioned that it would incur additional costs from higher labor expenses, shipping surcharges, and supply chain problems,” he says. “Fortunately, despite the widespread logistical problems, the firm reported that it has adequate inventory (up 19% year over year) to meet demand during the critical holiday season.”

Swartz is hardly the only one anticipating less than smooth sailing through the holiday months.

“After a very strong first half of 2021, retail sales growth is poised to slow,” writes Mickey Chadha, Moody’s vice president, in her recent comment on the retail industry. “We expect 2021’s holiday sales growth to be lower than 2020 as it will be lapping last year’s extremely strong period. Supply chain constraints coupled with product scarcity will continue to make it difficult to meet consumer demand.”

Nor are all observers optimistic about Macy’s curated marketplace, which the company says it will operate in partnership with Mirakl, a technology platform.

In its announcement, Macy’s says it expects the new marketplace to add incremental sales to the chain’s already-robust digital performance, which it forecasts will generate $10 billion in sales by 2023.

“The marketplace platform will enable us to expand our assortment at a low incremental cost while giving Macy’s customers easy access to even more product selection to meet their diverse needs,” says Matt Baer, chief digital and customer officer, in its release.

Neil Saunders, managing director of GlobalData, calls the marketplace “the latest example of Macy’s misplaced thinking.” He points out that many retailers have already added such marketplaces. “It is also laughable that Macy’s talks of using the marketplace to expand choice in a curated way, when one of the biggest current problems is its inability to create a compelling proposition out of its own disjointed and unfocused assortment," he writes in his note.

At Bloomingdale’s, comparable sales rose 43.4%. And at luxury beauty retailer Bluemercury, those results gained 39.5%.
*Correction: Macy's is based in New York.