Democrats Demand Answers From Facebook About Ad Targeting To Teens 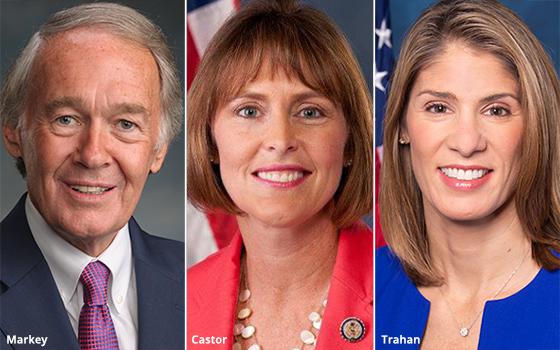 Lawmakers are pressing Facebook for a detailed explanation of how ads are served to teen users -- including whether the company incorporates data about teens' web use into its ad-serving algorithms.

“Targeted advertising to young users is manipulative because young people are more influenced by marketing, less likely to realize a piece of content is an advertisement, and less able to grasp the harms of vast data collection,” Sen. Ed Markey (D-Massachusetts), and Reps. Kathy Castor (D-Florida) and Lori Trahan (D-Massachusetts) say in a letter sent to Facebook on Monday.

“Unfortunately, new research suggests that Facebook may be continuing to facilitate targeted advertising to young teens,” the lawmakers add.

Their letter comes one week after the advocacy group Fairplay (formerly Campaign for a Commercial-Free Childhood), the Australian organization Reset and the UK-based group Global Action Plan said in a report that Facebook's privacy tools show the company continues to track teen users on non-Facebook sites and apps.

A Facebook spokesperson told MediaPost last week that the company doesn't use data from advertisers' and partners' websites and apps to personalize ads to users under 18.

“We want to provide transparency into the data we receive, even if it's not used for ads personalization," Facebook spokesperson Joe Osborne said last week.

Fairplay and dozens of other advocates also urged Facebook last week to halt the use of artificial intelligence to optimize ad delivery to teens.

Those groups contended in their letter to Facebook that deploying artificial intelligence for ad targeting raises the same concerns as advertisers' use of Facebook data to serve ads.

“Replacing ‘targeting selected by advertisers’ with ‘optimisation selected by a machine learning delivery system’ does not represent a demonstrable improvement for children,” the groups wrote.

Markey and the other lawmakers are now asking Facebook to respond to them about the recent research showing the company still tracks teens, and to “address this apparent inconsistency between the company’s promises and its practices, and explain in detail the process by which targeted ads reach young teens on its platforms.”

Among other questions, they are asking Facebook whether its ad-delivery system uses artificial intelligence to determine which ads to show teens.

If so, the lawmakers are seeking more detail about the system, including what types of data it collects.

Markey and the others are also seeking more information about how Facebook uses data about teens' browsing history.

Other questions include whether Facebook has conducted internal research on the impact of targeted advertising on teens, and whether its ad-delivery system has ever served teens with ads promoting weight loss, cigarettes or alcohol.

The lawmakers have asked Facebook to respond by Dec. 13.