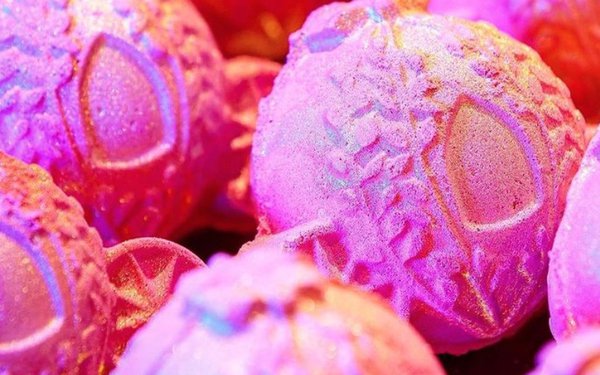 Lush Cosmetics, no stranger to controversial marketing tactics, says it is pulling the plug on its social media accounts worldwide. Citing concerns about the platforms' effects on the mental health of consumers who love Lush's wacky array of lotions, potions and exploding bath bombs, the company is opting out of every Facebook, Instagram, TikTok and Snapchat account in the 48 countries where it currently operates.

The Vancouver, Canada-based company says the deactivation is scheduled to go into effect Nov. 26 and will remain in force until the social-media channels clean up their act.

"I've spent all my life avoiding putting harmful ingredients in my products," says Mark Constantine, co-founder, chief executive and product inventor at Lush. "There is now overwhelming evidence we are being put at risk when using social media. I'm not willing to expose my customers to this harm, so it's time to take it out of the mix."

Lush says it will stay on Twitter and YouTube "for now," as it invests in better channels of communication, as well as tried-and-tested routes, such as emailed newsletters.

"In the same way that evidence against climate change was ignored and belittled for decades, concerns about the serious effects of social media are barely being acknowledged," the company says in its announcement.

Lush acknowledges that leaving social is hard. It's already tried it, most notably in 2019 in the U.K. "But FOMO is vast, and the brand's compulsion to use the various platforms means it finds itself back on the channels, despite the best intentions."

Citing the bravery of whistleblowers who have exposed harmful algorithms, Lush says it hopes the actions it is taking will inspire change, but it's not willing to wait.

(Meanwhile, QSR brands, who last year briefly stopped advertising on major social media networks in response to “hate speech” and other content they deemed objectionable, have come back to those networks, according to a study cited in another Marketing Dailystory published today.)

Frances Haugen, the former product manager at Facebook who testified in front of the U.S. Senate, revealed that 32% of teen girls say that when they felt bad about their bodies, Instagram made them feel worse.

Such findings have led critics to call Instagram "a cesspool" for young women, who make up a significant part of Lush's audience.

Lush has long been an environmental advocate, and its products are never tested on animals. Additionally, 95% of its products are vegan, and 42% are unpackaged, making it one of the leading voices in the industry against single-use plastics.

It's also been bold in its stances on social issues, most recently advocating on behalf of Julius Jones, an Oklahoma Death Row prisoner.

And in 2018, it launched a "Paid to Lie" campaign in the windows of one of its U.K. stores, highlighting what it called "the ongoing undercover policing scandal, where officers have infiltrated the lives, homes and beds of activists."

The effort sparked a social media furor among many law-and-order-loving Britons. The retailer stopped its #SpyCops effort early, citing intimidation of its staff and "unhelpful tweets from those in high office."