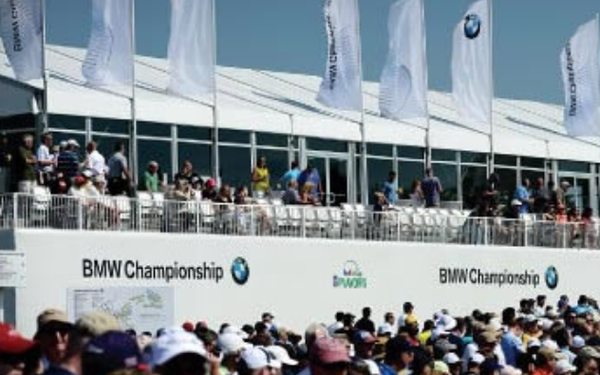 BMW, in partnership with the PGA TOUR and Western Golf Association, has entered into a five-year agreement to remain the title sponsor of the BMW Championship through 2027.

The agreement will begin in 2023 when the event returns to the Chicago area. It will continue as the penultimate event in the PGA TOUR’s FedExCup Playoffs, featuring 70 of the world’s best players competing for the right to qualify for the season-ending TOUR Championship.

Each year, the more than 100,000 guests who attend the BMW Championship have the opportunity to engage and interact with the brand in numerous ways including vehicle displays and other interactive experiences, according to the automaker.

Besides showcasing the brand and engaging customers, the sponsorship gives the automaker an avenue for some philanthropic work, namely raising funds for the Evans Scholars Foundation, says Sebastian Mackensen, president and CEO, BMW of North America.

Proceeds from the BMW Championship benefit the Evans Scholars Foundation, which provides full tuition and housing scholarships for young caddies.

Over the past 15 years, the BMW Championship has raised more than $40 million on behalf of the Evans Scholars Foundation and has helped send more than 3,000 students to college. This academic year, a record 1,070 caddies are attending 21 major colleges and universities on Evans Scholarships.

In addition to the BMW Championship, the automaker has had a longstanding partnership with the Ryder Cup, through the European team, dating back to 2006. This year, the company began a two-event run as a Worldwide Partner for the Ryder Cup.

Additionally, the BMW Ladies Championship in Busan, South Korea, made its debut on the LPGA Tour in 2019.  Other BMW golf events include the BMW Charity Pro-Am in South Carolina.