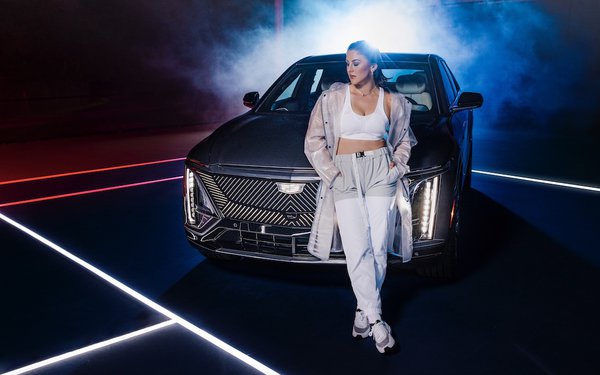 The campaign was a female-led project, with Cadillac Canada’s creative agency Isobar Canada working in collaboration with director Kat Webber.

A 90-second spot launched recently on digital and owned social, and will expand to broadcast in early 2022. It ends with the tagline “Be Iconic,” which the automaker introduced in September in a spot featuring U.S. brand spokesperson Regina King.

Cadillac Canada has worked with Andreescu in the past. The goal of the effort was to create something iconic and uniquely Canadian, says Shane Peever, managing director, Cadillac Canada.

The luxury brand compares the design, technology and excitement of the 2023 Lyriq with the artistry, intelligence and evolution with which Andreescu approaches her tennis game, according to the automaker.

“There's a deliberate poetic style to how the visuals of Bianca and the Lyriq interact, paired with imaginative framing and top-of-the-line motion control technology,” Webber says.

As the brand’s first all-electric vehicle, the Lyriq will lead Cadillac’s charge over the next decade, with a new portfolio of EVs, while also establishing a leadership position through new thresholds of technology integration.

”There’s so much to be said about how each are transforming the spaces they occupy and leading the charge in changing the culture,” Taylor says. “This is emblematic of an ongoing shift in the world of sustainable EVs, sports and film towards equity.”