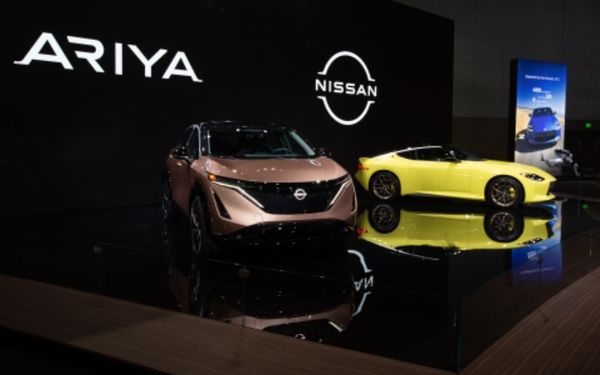 The automaker “will advertise during American football's biggest game this February with a 60-second ‘comedy thriller’ created to celebrate the brand's newly completed product revitalization,” per a release.

"For the past year Nissan has focused on showing how thrilling driving a Nissan can be," stated Allyson Witherspoon, vice president and chief marketing officer, Nissan U.S. Now, having a fresh lineup of models warrants the expensive buy, she added.

The automaker is wise to go the comedic route, per a recent study from Omnicom’s Dallas-based The Marketing Arm which found nearly all viewers want Big Game ads to make them laugh (97%).

Larson has been a regular in Nissan campaigns dating back to March 2020, when she first appeared in a Sentra campaign. The automaker announced a multiyear contract with the actress in November 2020 when she appeared in the Rogue campaign.

The 2023 Nissan Ariya electric crossover is open for reservations at NissanUSA.com/ariya/reserve and will be available Fall 2022. The all-new 2023 Nissan Z will be in Nissan dealership showrooms this spring.

While the Super Bowl is a hot media property, next year it has some competition from the Olympics. The big game airs on Feb. 13. The two-week Winter Olympics broadcast runs Feb. 4-20.