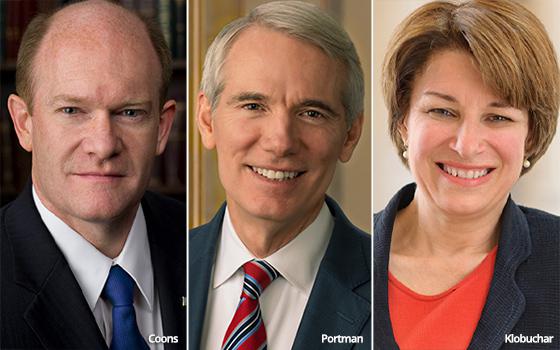 Lawmakers on Thursday unveiled a new bill that would require social media platforms to share some data with researchers.

“It’s increasingly clear that more transparency is needed so that the billions of people who use Facebook, Twitter, and similar platforms can fully understand the impact of those tradeoffs,” Coons stated Thursday.

The bill authorizes the Federal Trade Commission to bring enforcement actions against social media platforms that fail to provide the data, and provides that violators could potentially lose the protections of Section 230 of the Communications Decency Act. That law broadly immunizes web companies for liability over material posted by third parties.

The measure also would task the FTC with establishing privacy safeguards -- such as by requiring researchers to access the data in “secure rooms,” or directing companies to anonymize the data before disclosing it.

The NYU Ad Observatory relied on a downloadable browser extension to gather data related to political ads, including how they're targeted. Citing privacy concerns, Facebook said in August it had disabled the accounts, apps, pages and platform access connected with the Ad Observatory and its operators.