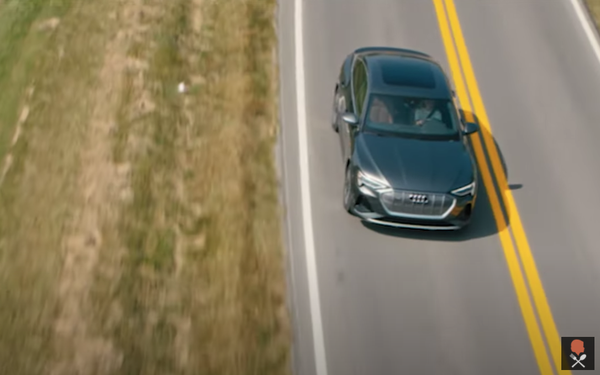 Audi of America is partnering with The Lee Initiative, a nonprofit dedicated to diversity and equality in the restaurant industry, for sponsored content.

The four-part content series focuses on the Women’s Culinary & Spirits program. Less than one in five executive chefs in the restaurant industry is female. The program is focused on addressing this void in leadership and giving women early in their careers opportunities to be mentored by well-established female leaders.

The series profiles some of the culinary mentors and their mentees and explores the impact the program has had on them. The videos feature shots of Audi vehicles, which were loaned to the chefs and mentees.

Global creative agency 160over90 helped the Lee Initiative with the narrative of the storyline and then hired a local agency, Doe-Anderson, to produce.

Audi’s support has allowed The Lee Initiative to expand the program nationwide for 2021 and increase the number of mentees that can be accepted into the program up to 16 women, says Caitlin Spinweber, experiential marketing lead, Audi of America.

“We hope that programs like these provide female chefs with the tools they need to become leaders in their industry and shine a light on the need for greater gender equity and inclusion within the auto and culinary industries and beyond,” Spinweber tells Marketing Daily.

Audi and The Lee Initiative posted a 30-second video to highlight the series.  The episodes, which are each about four minutes long, are posted on a dedicated website as well as social media, including YouTube.