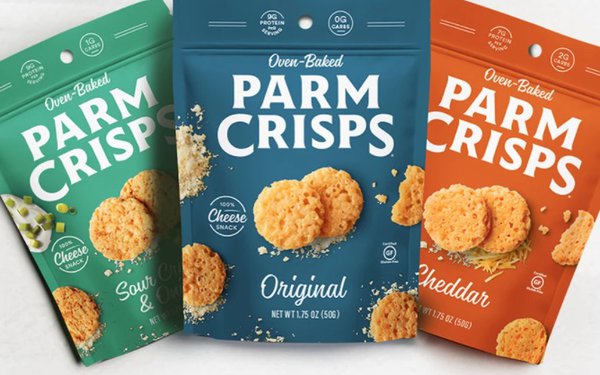 The Hain Celestial Group has agreed to acquire ParmCrisps and Thinsters in a $259 million deal that aligns with the company’s “Hain 3.0” strategy of brand pruning, with a focus on healthy beverages and snacks.

Owned by Clearlake Capital Group, 100% cheese-based ParmCrisps is the #1 brand in its category, while Thinsters—cookies containing no artificial colors, flavors or preservatives—is #3, according to Hain.

ParmCrisps and Thinsters will join a portfolio that includes Celestial Seasonings, Earth’s Best child-oriented foods, Health Valley organic soups and “better for you” chips and straws under the Sensible Portions banner.

“ParmCrisps and Thinsters are attractive, clean-label snacks that address the needs of a growing base of health-conscious consumers,” Hain president and CEO Mark Schiller said in a news release today.

In September, Hain unveiled its 3.0 platform—under which it plans to transform into a “high-growth, global health and wellness food company.”

Since 2018, Hain has shed 23 brands and nearly 1,000 SKUs representing nearly $1 billion in sales but less than $20 million in earnings before interest, taxes and amortization.

“The U.S. business was drowning in complexity, having acquired 55 brands over 25 years and never really integrating them,” Schiller said in a September investor presentation.

“As a result, we will selectively invest in personal care and continue to drive shareholder value and growth until these brands are worth more to someone else than they are to us,” Schiller explained in September.

On a call with investors last month, Schiller noted that the Alba sun-care line has been the beneficiary of recalls prompted by the discovery of benzene in certain sunscreen products.

Aveeno and Neutrogena were two brands involved, in the recall along with two store brands of CVS Health, as reported by CNN Health.

As a result, “We picked up a lot of distribution” in channels ranging from “surf shops to e-ommerce to clubs,” said Schiller. “We've got some major promotions going on in the club channel in the second half of the year.”

In U.S. venues tracked by Kantar—not including social media or paid search—Hain spent $4.3 million on advertising in 2019 before reducing that to $1.2 million last year.

From January through September of this year the company spent $1.1 million. Kantar notes that network radio data is available only through March.