'Splaining The Nostalgia For 'Lucy' 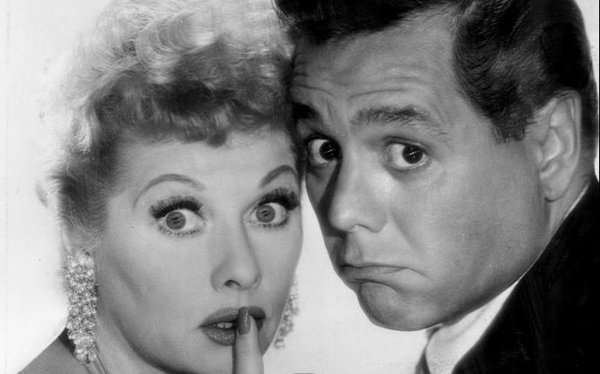 This year marked the 70th anniversary of a significant date in TV history: October 15, 1951, the premiere of the iconic sitcom “I Love Lucy.”

The show about the ditzy redhead (Lucille Ball) and her bandleader husband (Desi Arnaz) was massively popular during its initial run (1951-1957). Syndicated reruns kept the show alive for successive generations and capped its iconic status.

Consider that Milton Berle was known as “Mr. Television” in his day, as well as the first big TV star. Still his show, “NBC's Texaco Star Theater” (1948 to 1956) is mostly unknown today. “Lucy” might have suffered the same fate if not for the business savvy of Arnaz, who pioneered the concept of recording shows on film rather than live -- and then rerunning them.

Two media events have been celebrating “I Love Lucy”’s 70th: a TCM bio podcast, “The Plot Thickens: Lucy,” and the movie “Being the Ricardos,” now in theatrical release and available on Amazon Prime Dec. 21.

Having the podcast from TCM makes total sense, as the sister TV channel is already targeted to a nostalgia-friendly audience.

However, I’m not so sure there is a large general audience pining for “Being the Ricardos.”

Although “Lucy” is currently available on subscription services Hulu and Paramount+, for the past few years its TV availability has been centered on the Decades channel, again watched by an older, memories-driven crowd.

Also, I’d say the Ricardos will be trumped by another streaming nostalgia project: Disney+’s Beatles documentary, “Get Back,” which though too long, is bound to be at least sampled by the large audience still listening to the group’s music.

Still, the reverence for Ball’s comedic genius isn’t dead, as shown by the “Will and Grace” 2020 tribute, in which the series characters recreated scenes from the show (like this one with the candy factory -- and yes, that’s Sean Hayes’ Jack as Lucy! -- that included a part for Ball’s daughter Lucie Arnaz).

Back to the podcast and movie -- both provide views of Ball’s and Arnaz’s life that differ more in tone from each other than any other factor. Still, Aaron Sorkin, the movie’s screenwriter and director, takes many liberties with time and facts for the sake of an emotional payoff.

The podcast majors more in drama of the heartwarming kind, such as interviews with Lucie Arnaz, who talks movingly about her parents’ relationship. She also champions her father as someone who might have been a cheater and an alcoholic, but "so much more"— a brilliant deep thinker who “read 10 newspapers a day.”

One disappointment: The movie includes only the tiniest hint of recreating of any of Lucy’s beloved scenes -- comedy is not Sorkin’s forte, after all. And Nicole Kidman, starring as Ball, gets the tightly wound perfectionist part right, but not the rubber-faced funny lady.

In fact, probably the funniest scenes in “Being the Ricardos” are part of backstage TV history, with the head-smackingly clueless network and sponsor execs vetoing the idea of Lucy playing out her pregnancy on the TV show. “The first thing people will think is how she got this way,” says one.

“You can’t put a pregnant woman on television,” says another. “Why?” “Because it’s television.”

How times have changed.