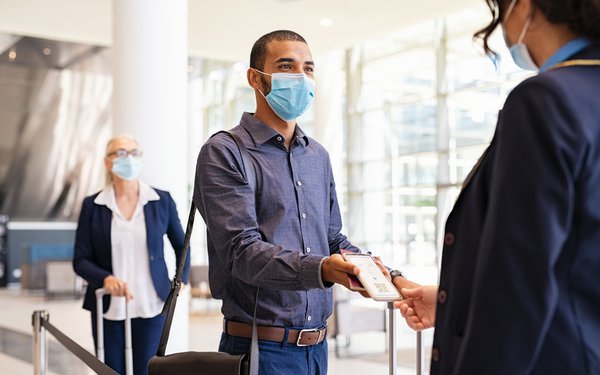 Verizon and AT&T say they plan to move forward this week with 5G service at airports, despite requests for delay by aviation regulators and Transportation Secretary Pete Buttigieg.

The Federal Aviation Authority and Buttigieg, as well as the airline industry, say they are concerned that the telecoms' use of “C-Band” spectrum for mobile broadband could interfere with airplanes' altimeters -- devices that determine planes' altitude based on radio waves.

But Verizon and AT&T say the Federal Communications Commission took those concerns into account in 2020, when it freed portions of the C-Band for 5G.

“Among other things , the FCC conducted an extensive public rulemaking process in which submissions from hundreds of parties, including from the aviation industry, were considered,” the letter continued. “At the end of that process in February 2020, the FCC adopted its lengthy and comprehensive C-Band Order, which found, among other things, that its rules would fully 'protect aeronautical services in the 4.2-4.4 GHz band.'”

The telecoms also disputed that their use of the C-Band would interfere with airplane equipment.

“Spectrum interference disputes typically involve simultaneous transmissions on the same frequencies. But radio altimeters do not operate on, or anywhere near, the C-Band frequencies,” Stankey and Vestberg wrote.

The companies' letter came in response to a December 31 letter by Buttigieg and Dickson, who asked the telecoms to delay plans to launch 5G service near airports.

Absent a delay, the telecoms are expected to roll out service on January 5.

While AT&T and Verizon rejected the request to pause the rollout, they offered to voluntarily “alter” their use of the C-Band for six months by adopting the same “radio exclusion zones” currently used in France.

“As you know, U.S. aircraft currently fly in and out of France every day with thousands of U.S. passengers and with the full approval of the FAA,” the companies wrote. “The laws of physics are the same in the United States and France.”

Last week, an airline industry organization filed an emergency petition with the Federal Communications Commission, asking the agency to stay the portion of its 2020 order that allowed the telecoms to use the C-Band near airports.

That petition is still pending.