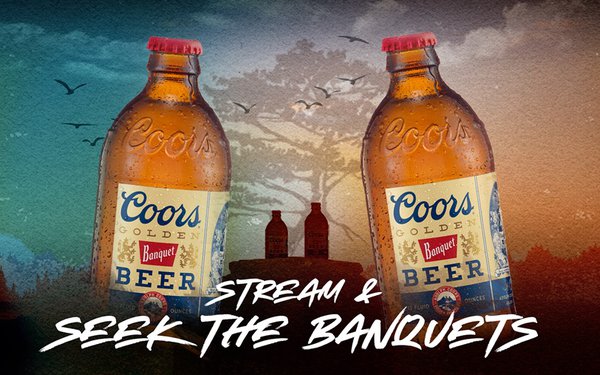 So Molson Coors on Tuesday launched a four-week sweepstakes that will award a year’s worth of Coors Banquet to a viewer who correctly counts how many times the beer shows up in the show’s eight-episode fourth season, which premiered New Year’s Eve.

The winner will actually get a $500 gift card, and eligible sweepstakes entries can be off by five beer appearances in either direction.

Along with five second-place finishers, the winner will also get a Coors Banquet-branded bonsai tree, valued at $30. Bonsai trees -- an intrinsic part of the "Karate Kid" franchise -- play perhaps a bigger symbolic role in the show than even Coors Banquet.

William Zabak, meanwhile, plays the leading role of Lawrence, who first appeared, as did the bonsai tree, in the original 1984 “Karate Kid.” Coors Banquet did not, only showing up in the new TV series via unpaid product placements thanks to the showrunners’ love for the brand, according to Beer & Beyond, the Molson Coors blog.

The new sweepstakes is being promoted directly to “Cobra Kai” fans across social media platforms, the brand said, including the show’s 80,000-strong Reddit community.

Indeed, Coors Banquet has benefited tremendously from what then-marketing manager Nigel Jones cited to Beer & Beyond last April as a “completely organic,”  non-paid tie-in, and “one of the more surprising…things.”

How surprising? After season three debuted on January 1, 2021, Coors Banquet earned more than 170 million impressions among viewers 21 and up through the first four weeks of the show's availability, according to Nielsen’s inaugural subscription video-on-demand brand integration report, as reported by Forbes last May. The season itself had 40 million viewers.

For the week ending Jan. 10, 2021, Coors Banquet sales rose 13% over a year earlier, according to IRI multioutlet and convenience store data supplied by Molson Coors. And the brand’s sales for 2021 are expected to finish up nearly a point higher versus 2020, according to Coors Banquet associate marketing manager Rose Bleakley.