2021 Executive of the Year: Ben Downing 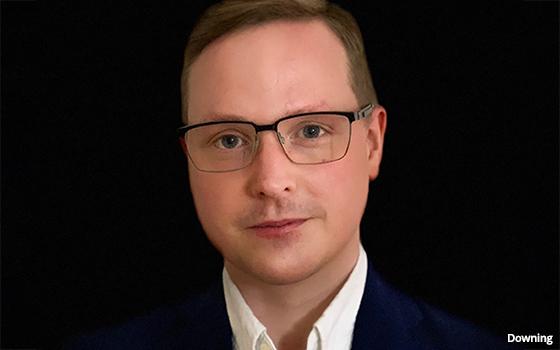 In late 2021, Havas New York changed its certification from a B Lab to a B Corporation.

The difference is that a B Lab aims to transform the global economy to benefit all people.

A few months prior to that decision, Havas Media Group announced a new role overseeing “ethical media” and the company named Ben Downing to run it.

Downing, who has been with Havas for about eight years, has previously led the rollout of the Social Equity Marketplace and was the global head of biddable, where he sought to re-monetize hard news.

Based in London, Downing represents what some (including Downing) would consider a good fit for the job. Downing has said that his background in product management and technology make him well-suited for a post overseeing ethical media.

“I used to be head of programmatic and then used to run programmatic and paid social globally,” he said. “I spent an increasing amount of time actually doing a lot of work sort of untangling some of the problems in the programmatic ecosystem.”

Downing acknowledged that his background is a bit unusual for the role because he was so deep on the mechanical side. “I was sort of a real plumber,” he said. “I was kind of in the systems in the weeds in the tech.”

But it was during that time that Downing realized that “we were spending more and more time actually trying to remove a lot of garbage from the supply chains.” He also realized that the technology was getting in the way of building media experiences.

Complicating matters further, one of the impacts of COVID-19 was the de-monetization of news by some automated systems.

For Downing, that issue hit close to home, since he had been working at Havas for the previous two years on brand-safety technologies that ended up stripping out COVID terms.

“If you look at the kind of framework the IAE was putting together in terms of ways that we should think and act when it comes to advertising, it became apparent that there was an opportunity and a need for this role,” he said.

Downing said he was particularly struck by the gulf between the average consumer’s expectation of how brands should act and how they actually did.

The Havas Meaningful Brands report, released in May 2021, found that 71% of respondents had little faith that brands would deliver on their promises. That same survey found that 75% of brands could disappear and would be easily replaced.

Ethics is the key to addressing this. Downing said that brands are requesting it and there is a social impetus globally. “This idea of ethical framework and ethical practice is key to meaningful media, meaningful media as ethical media justice, good businesses, ethical business. So that’s -- that’s kind of why I think the time was quite right for this role,” he said.

As part of his new job, Downing has returned to the University of Cambridge to undertake post-graduate study in sustainable business.

Downing said he sees his first guiding principle as doing no harm. That means taking a hard look at whether ad technology inflicts any harm on the public.

He has decided that there’s a hidden downside hiding in the complex chain of reactions involved in a programmatic transactions. “The data transfers in the electrons powering data have a carbon impact,” he said, adding that Havas is looking into that.

“That’s one of the things I’m working on at the moment, in terms of doing no harm,” he said. “Making sure we do no harm.”