Reporter's Notebook: Anniversary Of A Sh*tsh*w 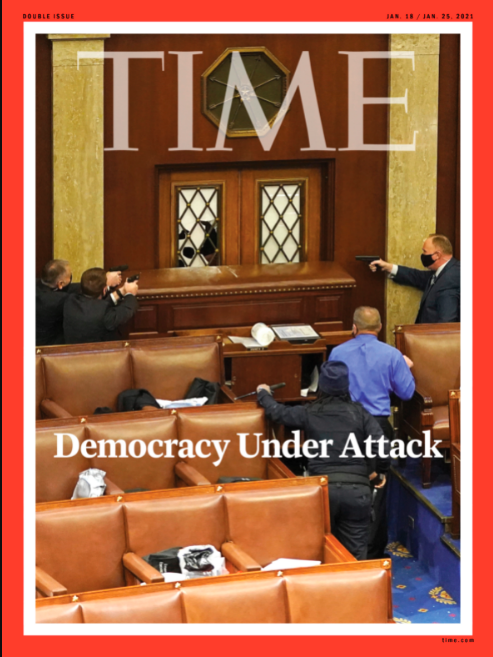 To weigh in on today's anniversary of the attack on democracy, I went back and reviewed all the notes I had from Jan. 6, 2021 -- mostly email exchanges, SMS and some unrecorded phone conversations as I watched it unfold in real-time along with the rest of the world.

A year later, I think I summed it up right in my Jan. 7 2021 RTBlog post on "The Media Optics Of The Capitol Insurgency," saying that aside from the actual threat, it was largely a media spectacle intended to give voice to increasingly radicalized factions -- and, as I still believed, make America look weak and vulnerable as part of ongoing hybrid warfare attacks by hostile forces.

While the physical threat to American democracy did not succeed, a year later it's pretty clear that American democracy continues to lose the media war. Let's see how the U.S. and international media spectrum cover today's anniversary, which thankfully will not include a "press conference" or any social media posts from the person who incited it a year ago.

But here's how I'm starting my day -- by re-creating my own personal timeline from a year ago -- and plugging Al Franken's case for creating a popular U.S. presidential election without the need for a Constitutional amendment. You know, make America an actual democracy.

4:02am: Received the digital edition of the New York Times with a lead story about Mike Pence telling the former president he didn't have the authority to overturn the election results.

8:40am: Received an email edition of Umair Haque's column in Medium headlined: "Are Americans Psychopaths? What Else Explains America’s Bizarre, Shocking Indifference to Everything That Matters?"

9:42am: Received a "Today's Sh*tsh*w" email from AllFranken.com warning me what a "dangerous sh*tsh*w" the Capitol would be today: "Biden will win, but not before 13 Republican Senators and more than a hundred House Republicans attempt to undermine our democracy." Franken's dispatch included a recent podcast he had done explaining how there was a way to make the U.S. presidential election a popular vote without a Constitutional amendment, using something called an "national interstate compact" that was already gathering steam (listen to it below). 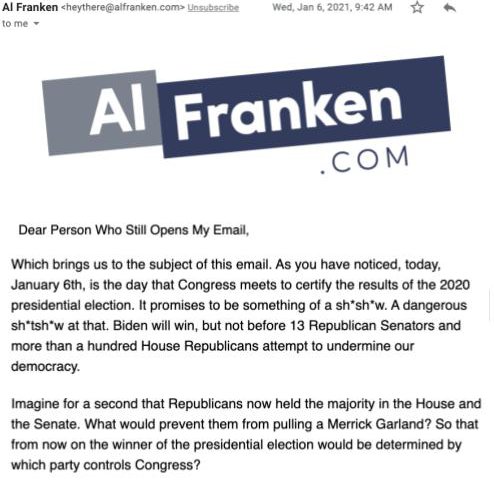 10:21am: Corresponded with Ed DeNicola about an op-ed he sent imagining what the outcome would have been had Cambridge Analytica still been a factor. Agreed he needed to update it to account for the Capitol insurrection.

2:08pm: Begin real-time SMS with my sister reacting to the insurrection, mainly questioning why the Capitol hadn't been hardened to prepare for possible attacks, and speculating who gained most from making American democracy look unstable and vulnerable. 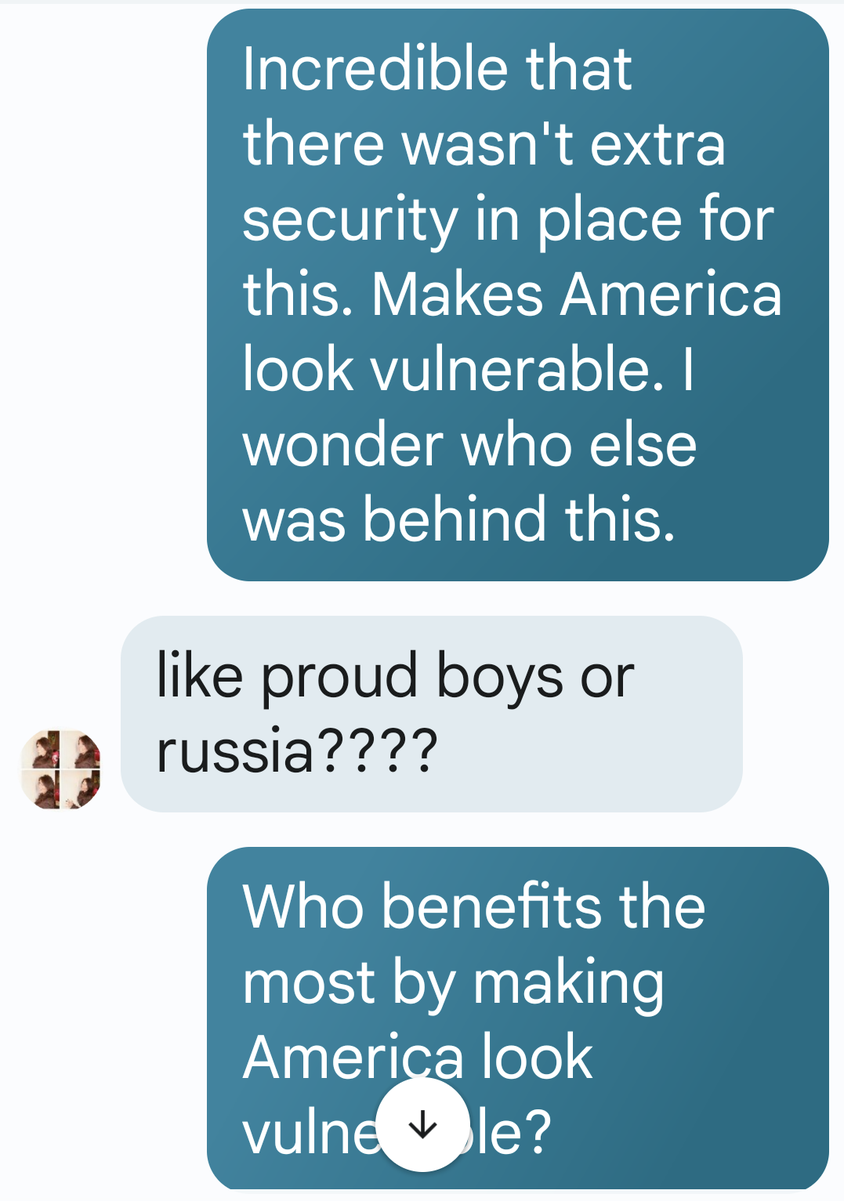 7:36pm: Received an email edition of Deadline reporting that the @realDonaldTrump account was "locked out of Twitter over Capitol chaos posts."

8:16pm: Received an email edition of the New York Times reporting that both Facebook and Twitter had "locked" the former president's accounts due to posts he made egging on the Capitol rioters.