Solid Year For Activewear Ahead, Despite China Concerns 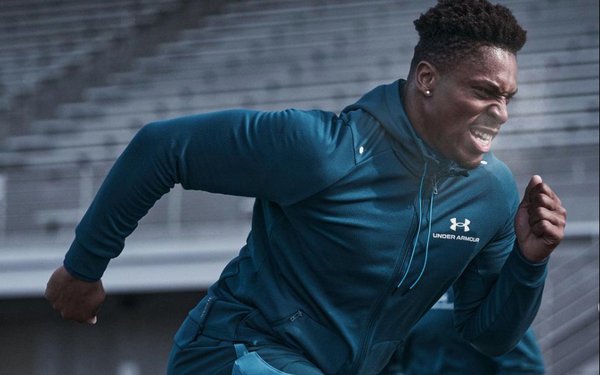 Image above from Under Armour ad.

America is eager to find its way back to fitness. A new forecast from Baird predicts above-average gym industry growth, healthy sales for sports apparel, and double-digit gains in connected fitness. Baird is also upgrading both Under Armour and Planet Fitness, predicting both companies will outperform competitors in the months ahead.

A separate report, however, signals trouble ahead for both Nike and Adidas, as Chinese consumers -- long a growth source for both companies -- increasingly switch to local brands.

Jonathan R. Komp, an analyst who tracks fitness companies for Baird, writes that the gains in fitness and sports apparel are stronger than Omicron concerns, “given pent-up consumer demand and rising awareness for health/wellness.”

Komp sees a healthy earnings backdrop in the new year, supported by strong growth in personal income, which correlates to higher spending.

While Chinese spending in these categories is also likely to strengthen, a new report from the NPD Group analyzing Chinese sales in various categories, including activewear/footwear, shows a marked shift in brand preference.

When it comes to activewear/footwear, “consumers in China strongly preferred Chinese domestic brands,” NPD reports. The number of domestic brands among the top 10 increased from four in the third quarter of 2020 to six in 2021’s third quarter. Measured by sales in that period, leading international brands among the top 10 declined, with some seeing sales drops of more than 20%. New Balance gained, but was the only global brand to do so.

Anta, a Chinese brand, posted double-digit gains in that period, while Erke, another Chinese company, chalked up a stunning 400% gain.

And while Adidas still reigns as the best-selling sports footwear brand in China, Nike got knocked out of the No. 2 spot by Warrior. Puma, a German company, and Converse, owned by Nike, both got pushed out of the Top 10.

Both Nike and Adidas and many other Western companies have felt the wrath of some Chinese consumers, including boycott efforts reflected in sales figures. For example, last spring Morningstar reported that sales of Nike products dropped 58% on Alibaba's Tmall platform, compared to the same month of the prior year. Morningstar estimated that in the same period, Tmall sales jumped 59% for Chinsese brand Anta, and 92% for Li Ning.

The Chinese are reacting negatively to growing corporate concern in the West over alleged forced labor practices in the Xinjiang region in China, an important agricultural center for cotton.

Beijing has called those allegations “utterly groundless,” despite mounting evidence of the abuse of Uyghurs, a Chinese ethnic minority who are mostly Muslim.

Those human-rights concerns are the reason the U.S., Canada, Great Britain and Australia announced a diplomatic boycott of the Olympic Games in China, scheduled to begin next month.