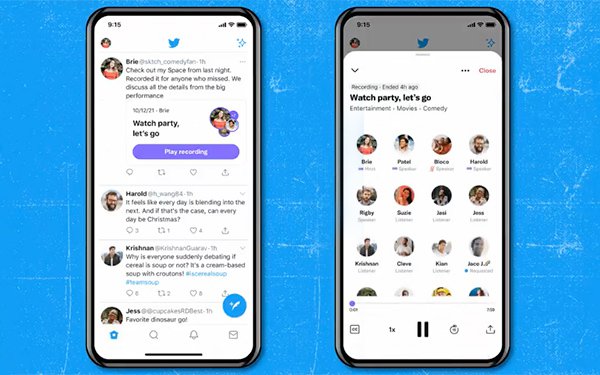 Today, Twitter announced the rollout of Spaces Recording to all users across iOS and Android devices. Now all Spaces broadcasters will be able to extend their listening by recording and sharing their sessions with listeners across the social network.

To record a Spaces chat, users will need to turn on ‘Record Space’ in the set-up process. Those participating in the chat can tell when it is being recorded according to the red "Rec" button in the top left of the Space screen.

Once the Space has ended, recordings are available for public playback on Twitter for 30 days. Hosts will now be able to edit their recordings into a podcast –– or brief audio clips –– as a way to promote future shows and content.

This news is the next step in a long line of updates. Before Twitter mentioned Spaces Recording at the end of October to a limited number of hosts, it was only available to hosts with 600 followers or more.

Even with this update, Twitter users cannot host a Space from the web. They can only join them.