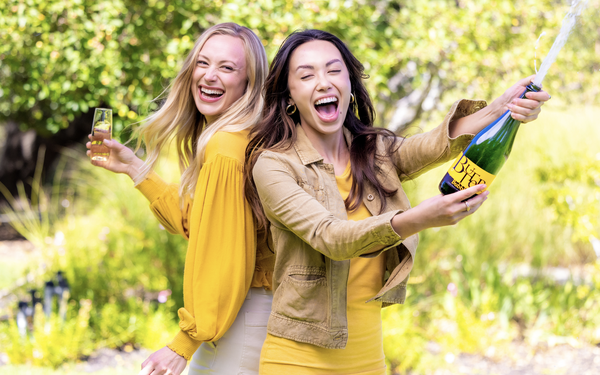 Could the secret to reaching younger wine audiences be as smooth as butter?

Jam Cellars, a NAPA Valley winery whose Butter brand has become a popular inexpensive chardonnay since its launch in 2010, will help launch its first two varietal extensions  -- Butter Cab, a cabernet, and Butter Bubbles, a sparkling wine -- with a sweepstakes offering one winner “A Year of Butter."

Indeed, while the wine industry itself is having trouble attracting younger drinkers -- as evidenced in Silicon Valley Bank’s 21st Annual State of the Wine Industry Report and a related push for an industry-wide marketing effort to stem this demographic demise -- Truchard said that Butter “specifically appeals strongly to those in their late ‘20s through ‘40s.”

“We think that’s because these wines deliver on a very simple promise of taste, quality, and affordability, allowing people to enjoy them on their own terms—increasingly beyond the traditional dinner table,” he said.

All the Jam Cellars wines are priced under $20.

Truchard said that Jam, which also markets a few non-Butter brands, had spent years concentrating on getting Butter Chardonnay into new markets and scaling production to meet demand -- until the last two pandemic years showed the company how much “consumers relied on trusted brands that were familiar and reliable—and we saw people choose Butter in record numbers….With Butter’s momentum and our ability to serve the established market, we could finally focus on creating Butter line extensions.”

Why cabernet sauvignon and sparkling wine in particular?

The former, Truchard said, is the top-selling varietal in the U.S., and after a small 2021 California test of the Butter version – said to be “rich, bold and smooth” -- “it became clear that we had a product that stood out in the wine aisle and that consumers loved.”

The latter, he said, is one of the fastest-growing wine segments, no longer reserved for just special occasions, but its growth has been largely fueled by imports.  “So we felt the time was right… to give consumers a great domestic option at a terrific everyday price point.”

The sweepstakes runs through Feb. 2, with the new wines set to hit retailers -- including Safeway, Albertsons, Target, Harris Teeter, Ralphs, and Total Wine -- in the spring.