Groupon Wants You To 'Party Like A Player' At Gronk's Place 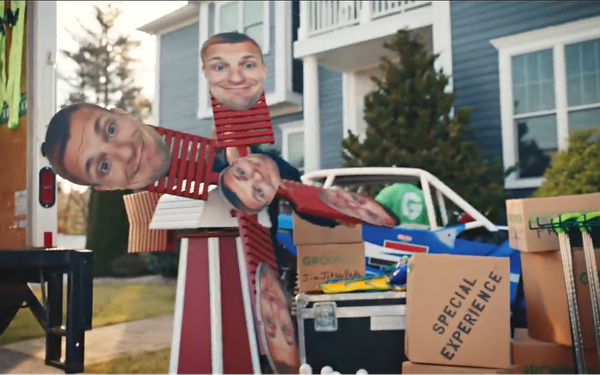 Got any plans this Super Bowl Sunday? If the answer is no, you might want to consider Groupon’s new experiential sweepstakes, “Party Like a Player,” which partners with four-time champion Tampa Bay Buccaneer Rob Gronkowski’s place.

Although Gronk’s team was eliminated this week, Groupon is dangling the first prize, a chance to be flown to Gronk’s home in Massachusetts with 15 friends to watch the game. Other prizes include a trip for two to Las Vegas from MGM and a trip for two to Cancun from Great Value Vacations.

“A lot of people would be nervous about letting someone throw a Big Game party in their house, but I’m a fan of huge parties,” said Rob Gronkowski. “That’s why, when I’m out of town for the Big Game, I thought it would be cool to team up with the experience pros at Groupon to throw an over-the-top bash at my place. Plus, they promised not to break anything!”

FCB, Chicago is handling the effort.

Groupon is known for a 2011 Super Bowl ad with actor Timothy Hutton that noted that Tibet’s culture is in trouble, “but they still whip up an amazing fish curry!” Critics noted that a million Tibetans have been killed during the Chinese occupation.