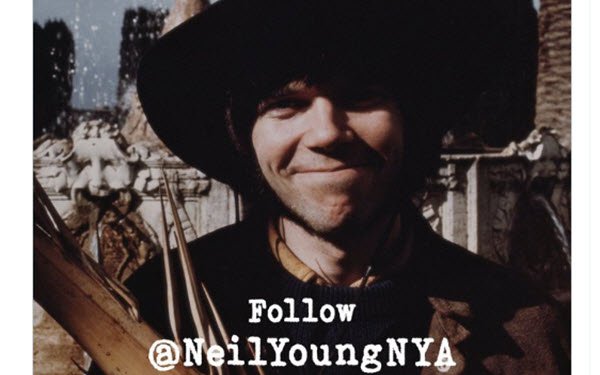 In a high-profile stance going well beyond heated empty social media tirades, iconic rock star Neil Young has followed through on an ultimatum to Spotify — demanding that the platform remove all of his music in protest of Spotify’s allowing podcast megastar Joe Rogan to spread misinformation about COVID vaccinations on “The Joe Rogan Experience” (“JRE”).

Earlier this week, Young posted an open letter to his manager and record label, Warner Records, on his archives website.

According to Rolling Stone, the letter, which was subsequently removed, stated: “With an estimated 11 million listeners per episode, JRE, which is hosted exclusively on Spotify, is the world’s largest podcast and has tremendous influence. Spotify has a responsibility to mitigate the spread of misinformation on its platform. I want you to let Spotify know immediately TODAY that I want all my music off their platform…They can have Rogan or Young. Not both.”

Spotify on Wednesday confirmed it had removed Young’s music, stating: “We regret Neil’s decision to remove his music from Spotify, but hope to welcome him back soon.”

Spotify wants “all the world’s music and audio content to be available to Spotify users,” the statement said. “With that comes great responsibility in balancing both safety for listeners and freedom for creators. We have detailed content policies in place and we’ve removed over 20,000 podcast episodes related to COVID-19 since the start of the pandemic."

*Spotify isn't the only game in town, of course. And while not a replacement for Spotify music distribution, it's likely no coincidence that SiriusXM announced on Thursday that it's reviving Neil Young Radio, a satellite and streaming music channel featuring music and exclusive stories from the artist. The channel, which had a limited run in December, is returning for seven days, starting today, on SiriusXM’s Deep Tracks, channel 27, and for a month of streaming on the SXM App.

However, Spotify is clearly not willing to endanger the financial windfall being generated by its $100-million exclusive deal with Rogan, which commenced in December 2020.

Reportedly, the minimum spend to secure any ads on “JRE” – generally described as the world’s largest podcast — is now $1 million, at a cost per thousand of upwards of $60.

Last week, 270 medical professionals, scientists and science educators posted an open letter detailing the public health dangers of the misinformation spread on Rogan’s show and urging Spotify to “immediately establish a clear and public policy to moderate misinformation on its platform.”

Rogan “has discouraged vaccination in young people and children, incorrectly claimed that mRNA vaccines are 'gene therapy,' promoted off-label use of ivermectin to treat COVID-19 (contrary to FDA warnings), and spread a number of unsubstantiated conspiracy theories,” the letter pointed out.

This past October, after Spotify began taking increasing heat for Rogan’s COVID misinformation, Dawn Ostroff, Spotify’s chief content and advertising business officer, vowed that the media company would not allow any inaccurate content on its platform.

“There are definitely, you know, very aggressive moves on our part to invest in not only the R&D side of content moderation but also in our teams for trust and safety,” Ostroff said during a summit hosted by Fortune.

But “JRE” has continued to feature guests, like Dr. Robert Malone, who promote discredited theories and false information about COVID and vaccines.

*This story was updated to reflect the SiriusXM development.