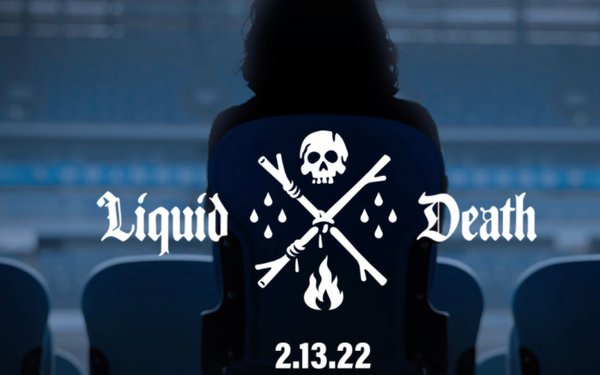 If the underdog Cincinnati Bengals win the Super Bowl on Sunday, credit (or blame) the witch who will be in attendance.

They're being sent to SoFi Stadium in Los Angeles by beverage marketer Liquid Death to help influence what the company says is the first legal sports bet by a brand in the history of the Super Bowl.

On Jan. 31, Liquid Death placed a $50,000 bet via Caesars Sportsbook on whichever team ended up being the Super Bowl underdog.

If the Bengals win, Liquid Death will add 50% of its winnings to the company’s support of organizations that seek to reduce the amount of plastic bottles that end up in oceans.

In this promotional spot created in-house, the hired conjuror predicts that “Through the means of witchcraft, I can affect the outcome of the game.”

According to Liquid Death vice president of creative Andy Pearson, the brand is seeking to leverage the rise in legal sports betting—which topped $50 billion in 2021.

“It’s massively popular. We wanted to dip our toes into the sports betting realm, and Super Bowl is obviously the biggest sports betting day in the year,” Pearson tells Marketing Daily.

The “real practicing witch with 42 years of experience” will keep a low profile at the Super Bowl.

“Their identity will be concealed -- frankly, for safety more than anything else,” says Pearson. “Sports fans are pretty rabid. The idea of working to throw the biggest annual game is a wild idea, and we just wanted to make sure that he remains safe during the game.”

Launched in 2018 with the motto Murder Your Thirst, Liquid Death also seeks to encourage the demise of plastic bottles.

The brand began with Austrian spring water before adding sparkling waters to its portfolio.