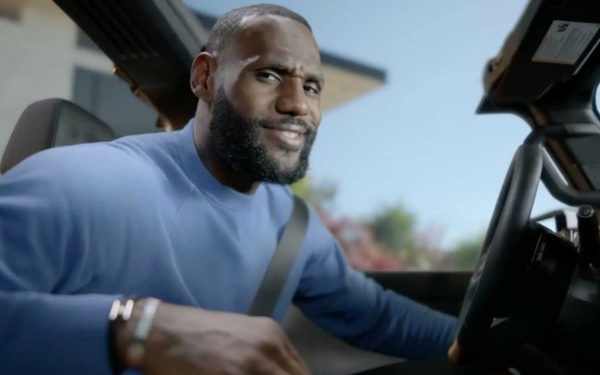 The 60-second spot from Leo Burnett Detroit highlights one of the vehicle’s most talked-about features: CrabWalk. This mode enables all four wheels to turn at the same angle, allowing the vehicle to drive diagonally, just like a crab.

Hummer has "huge social interaction and engagement" and the "overwhelming majority of online conversation and most searched feature is CrabWalk," according to the automaker.

"This ad is a fun and creative way to integrate a core feature as well as generate continued buzz and excitement around the vehicle,” according to the spokesperson.

GMC has nearly 59,000 reservations so far for the vehicle, according to the automaker, which revealed the information in its fourth quarter 2021 earnings report.

All units of the GMC Hummer EV Edition 1 pickup were filled by the evening of the truck’s debut Oct. 20. Buyers can get added to the waitlist by opting for another trim level and clicking a box on the reservation form.

The new spot will continue to run on social and digital and GMC’s YouTube channel, per the spokesperson.

GM first used James (who previously appeared in spots for Korean automaker Kia) in a 30-second Hummer spot that launched during the Super Bowl in 2020.

The automaker debuted a second Hummer spot with James during March Madness in April 2021. The 90-second spot focuses on the SUV’s capability and features a cover version of the Led Zeppelin 1970 classic “Immigrant Song.” Both spots were from Leo Burnett Detroit.