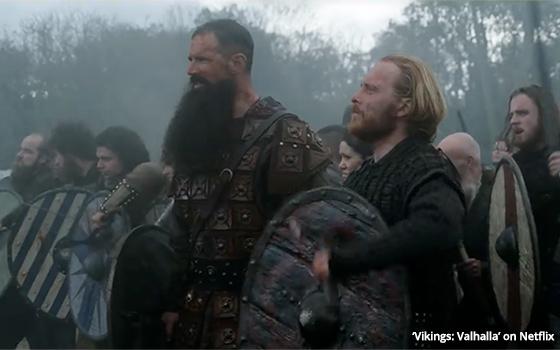 Netflix — which recently revealed a record number of original movies in the queue for 2022 (68)  — is also on track to break its own record for original series this year, according to Ampere Analysis data.

When only original TV series that are already finished, on track to complete production, or scheduled for release (including new seasons of existing original series) are counted, the 2022 total is 398.

In 2021, the service released an industry-leading 395 series, including 259 that were commissioned and released in the same year.

The 398 total excludes any shows yet to be commissioned or produced for 2022.

If the streamer’s 2022 original series commissions for same-year release end up matching the number of those during 2021, the final-year 2022 tally could easily cap 650 new titles -- a 65% uptick on the previous year, reports Ampere.

This year, Netflix released 55 TV series by the end of the second week in February, and 56 more have scheduled premiere dates. The company has also announced that 97 more titles will be released in 2022, without yet providing hard release dates.

In addition, Netflix’s commissioned in-production slate includes 88 series that have already finished production and are “premiere ready,” and 102 shows that are currently either at the script or shooting stages but which Ampere expects to finish production in 2022 in time to air this year.

Netflix’s releases also include more diversity, “with a greater level of international content and a broader spread of genres than ever before,” says Ampere Analysis Research Director Richard Cooper.

The promise of more and better shows is needed to minimize churn among Netflix’s 222 million global subscribers “in the face of aggressive, studio-backed competition,” Cooper adds.

Netflix doesn't release its content spending figures, but it is expected to spend more than $17 billion on original content in 2022 -- up 25% from 2021, according to Financial Times.