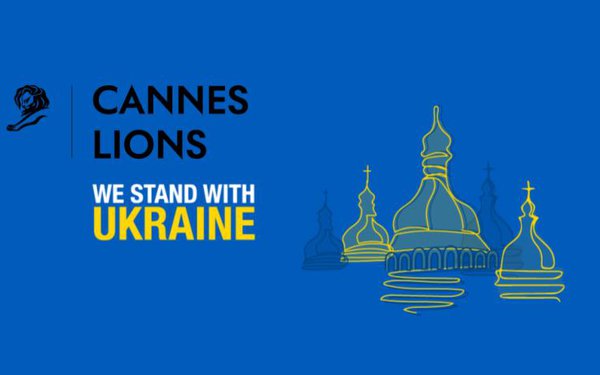 Citing its opposition to the actions of the Russian government, the Cannes Lions organizers this morning announced it will not accept submissions or delegations from Russian organizations at this year’s festival in Cannes, France, or any of its associated awards programs.

“We stand together with our friends in Ukraine, and our many partners and community members in Russia who strongly oppose the actions of the Russian Government,” it said in a statement, adding that parent Ascential plc and the Lions festival will “make a significant donation to humanitarian charities working in the affected region” and that it will “welcome free of charge any and all Ukraine creatives who are able to attend” this year’s festival.

“Refunds on awards submissions for Ukraine agencies will also be honoured,” it added.