Nyet To Stolichnaya, Yes To Stoli 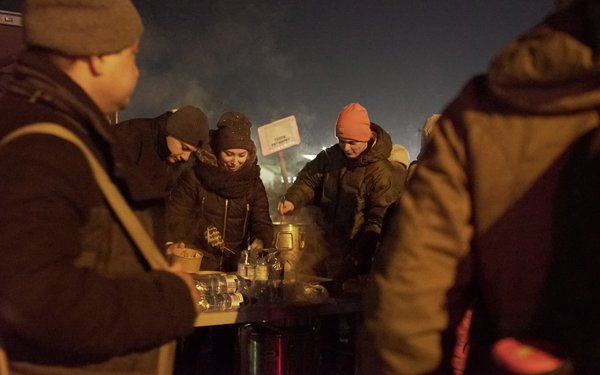 Stoli Group has finally had enough. After more than a week of boycotts and other protests against Stolichnaya, its Russian-named vodka that’s produced in Latvia, the company has renamed the brand as just Stoli.

Russian-born Yuri Shefler, founder of Stoli Group, declared that he had been exiled 20 years ago “due to my opposition to Putin…. More than anything, I wish for 'Stoli' to represent peace in Europe and solidarity with Ukraine."

Stoli Group also cited the wishes of its employees, partners and distributors in eastern Europe as a factor in its decision, with global CEO Damian McKinney Stoli Group, stating "They are asking that we take a bold stand. This is one actionable, meaningful thing we can do to make it clear that we support Ukraine."

Another action the company has taken: an unspecified financial commitment to World Central Kitchen, a nonprofit providing meals to Ukrainians and refugees.

Meanwhile, Smirnoff, the world’s vodka leader, which has faced boycotts and pressures similar to Stoli’s, now declares on its U.S home page that it’s “Proudly made in America.”

“While Smirnoff had its beginnings in Russia, Vladimir Smirnoff fled the country during the Revolution and re-established the brand in Europe more than a century ago,” the copy reads. “We’ve been in America since 1934 and are fully owned by Diageo, a British company. Enjoyed by millions in America, Smirnoff is proudly made in the U.S.A., right in Plainfield, Illinois….”

Other vodka brands have taken their own stands on the Russian invasion of Ukraine.

Sweet Grass Vodka, whose “taste of South Carolina” is “Polish-inspired,” said it’s donating $1 from every bottle sold to support humanitarian efforts in Ukraine.

Royal Wine, which sells Xdar Ukranian vodka and Lvov, a Polish vodka named after a Ukranian town, will donate 100% of those brands’ proceeds through March 10 to Emergency Ukraine, with a minimum donation of $30,000.

Then, there’s the brand-new American Premium Vodka, termed a “patriotic alternative to Russian vodka.” It is set to launch March 15, and will give $1 from every bottle sold to the American Legion, on whose 12,000 posts the brand will be sold, in addition to an online presence.