Hop Wtr's First Campaign Just Says 'No,' But In A Positive Way 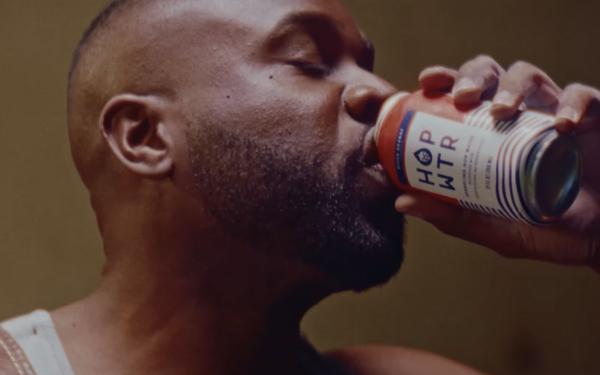 Some 40 years after the launch of First Lady Nancy Reagan’s classic anti-drug “Just Say No” campaign, beer alternative Hop Wtr is now saying “no” to alcohol in the beverage’s first ad campaign.

“Just Say No” was created by then-giant ad agency Needham, Harper & Steers (since absorbed into the Omnicom empire) for the Ad Council, while Hop Wtr’s “Up to No Good” has been created by Philadelphia-based indie agency Piacere.

Hop Wtr, though, says there’s a difference in how it’s using the word “no.” What was once a negative word is now seen as positive force “of saying ‘no’ to things that detract from happy pursuits, healthy goals, and being present.”

“The word ‘no’ is typically regarded as restrictive or punitive,” explained Lily Badger, the brand’s vice president of marketing, in announcing the campaign. “In actuality, it’s a quite liberating tool when applied to support and protect our better interests…Saying ‘no’ is a declaration of self-care. It’s permission to live your life boldly and on your own terms.”

“Up to No Good” will run in three waves, with summer and early fourth quarter waves following the current one, Badger told Marketing Daily. Media, handled in-house, includes paid social, OTT and search.

The campaign, she said, “will span the marketing funnel to target audiences at varying points in the consideration cycle of the digital space. We have thought about the mix across awareness, consideration and purchase, varying our KPIs for each, to ensure maximum exposure. “

Campaign content features early morning risers, outdoor adventurers, and people emotionally present for moments with friends and family, all of whom fit in with what Badger calls a growing target audience of “enlightened overachievers… looking for a healthy way to balance their day, evening and weekend.”

Those healthy characteristics include a long list of, well, “no’s”: no alcohol, no calories, no carbs, no sugar, no gluten, no GMOs, in addition to such “yeses” as stress-busting hops, adaptogens  like ashwagandha and nootropics like L-Theanine.

Indeed,  Hop Wtr founders Nick Taranto and Jordan Bass noted earlier this year that they had created the beverage as a stand-in for beer, but had seen significant growth with health-conscious women and people who didn’t even identify as beer drinkers in the first place.

The brand was launched in August 2020, with Constellation Brands buying a minority interest in July 2021.