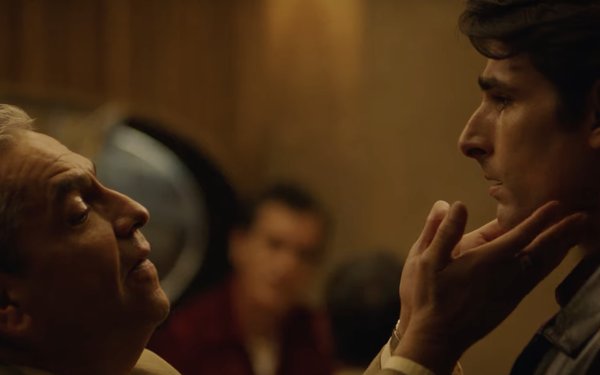 In a nod to “The Godfather” and other Mafia-oriented movies and TV shows, this ad for Dollar Shave Club starts out with a guy walking into a restaurant playing opera, who's then greeted by an older man who thanks him for “taking care of Lorenzo." The thanker continues slapping the younger guy's cheeks past the point at which it's expected.

Then a torrent of hands come out to feel the man’s face. A voiceover says "For a noticeably smooth shave...” and drops the name of Dollar Shave Club.

The ad was developed in-house.

The brand is now the official razor of the NCAA and March Madness, and just did a NIL deal with Gonzaga Bulldogs star Drew Timme. Timme will be known as a “Chin-fluencer” because of his super-smooth chin.