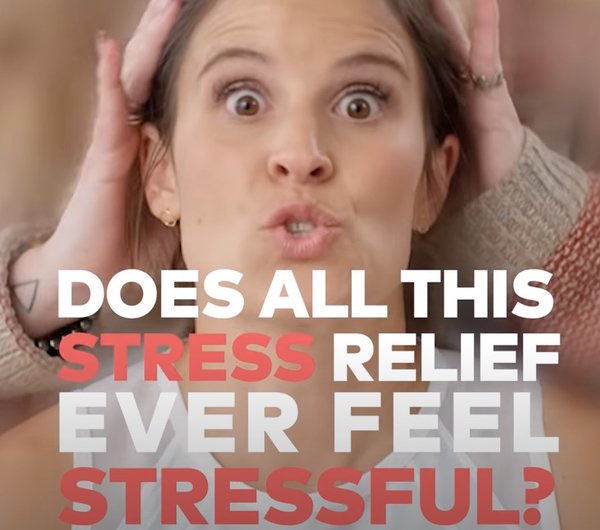 As Paris Hilton can attest, there’s nothing funny about being very stressed out.

Nonetheless, a botanicals-based, stress-supplement startup in which Hilton is an investor is taking a lighthearted approach in its first advertising campaign.

“We got together and decided we wanted to do something about stress, which we were not addressing even at a big healthcare company,” co-founder Harris Rabin tells Marketing Daily.

Omitting such popular, anti-stress-claim ingredients as melatonin and CBD, the company uses a blend of more than 10 botanicals—among them ahi flower oil, ashwagandha, beta caryophyllene, chamomile and lemon balm.

In 2020, Hilton went public with allegations that she had been physically and mentally abused as a teenager while attending a boarding school in Utah. Hilton became an investor in R3set a year ago this month.

“She had taken both our day and nighttime products for a couple of weeks and reached out to us. And we said of course, we’d love to talk to Paris Hilton,” says Rabin.

“She not only impressed us for her business acumen but also what she had been doing to bring attention to some of the abuse that children suffer in some schools that she suffered from when she was younger.”

Instead of putting the celebrity front and center in the campaign spot from the Creatably agency, R3set depicts a busy mom juggling at-home work, her social life, “and something else… oh, yeah, kids!”

Up pops a man in her kitchen who suggests she needs to “re-set” her stress instead of trying to suppress it.

He proceeds to explain how the R3set capsule products—Calm for daytime, Unwind for night—are designed to balance and work with the body’s immune, nervous and endocrine systems.

The mom interrupts and recalls that the last time she took a sleeping pill “I promised the kids a puppy," and three children and a fuzzy pooch enter the frame. “And I woke up feeling awful—with a puppy.”

After Hilton makes a brief video appearance, the doorbell rings. Hoping it’s Hilton, the mom is disappointed to see R3set co-founder Dr. Eric First, a fellow of the American Institute of Stress.

“Thanks, Dr. First. Next time, bring Paris,” the mom says as she swings the door shut.

R3set launched in May of 2020 online, in a 50-store test with Target and at some smaller retailers.

The brand’s presence in Target “is now expanding to close to 600 stores,” Rabin says.

Target also will host the debut of the company’s next capsule products, called Stress Eating, which will launch next month.

Stress Eating is designed to counter late-afternoon and nighttime snacking “that is not because of physical hunger. It’s because of an emotional hunger or need for something to satisfy stress.”