Roster Revamp: Jack In The Box Reunites With TBWA/Chiat\Day LA, Adds Other Agencies 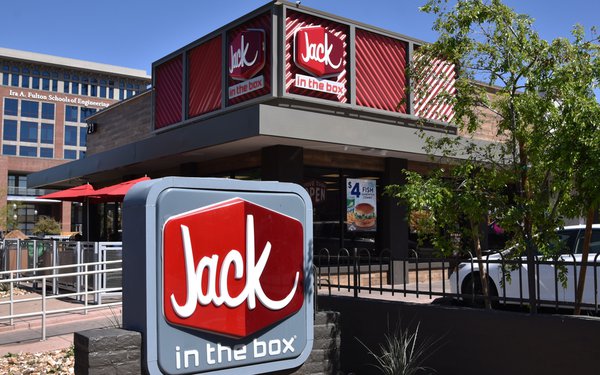 San Diego-based quick service restaurant chain Jack In The Box has selected TBWA\Chiat\Day LA to be its lead creative ad agency after a review that began earlier this year. For the agency it’s a return engagement—it was Jack In the Box’s agency in the 1990s.

The agency is tasked with reinvigorating the brand in culture and helping to grow the business to become the leading challenger brand in the fast-food category.

The incumbent was David & Goliath which handled the account for the last eight years.

The client also added three other agencies to its roster including the Ryan Reynolds-founded Maximum Effort (now owned by MNTN) which will develop video content. The restaurant chain also brought on Small Girls PR for public relations and Conscious Minds to develop digital and social initiatives and content series.

Media duties were not part of the review. Dentsu’s Carat was selected for media chores in 2017 when the company spent an estimated $90 million on measured media annually. According to agency research firm COMvergence, estimated Jack in the Box media expenditures in 2021 were about $55 million.

The company’s agency roster revamp is tied to a new effort to build lasting relationships with customers with a plan that focuses on culture, relevancy, authenticity, distinctiveness, and an improved consumer experience. Ryan Ostrom, who joined Jack In the Box as CMO a little over a year ago is leading the effort.

Commenting on the award, Erin Riley, CEO TBWA\Chiat\Day LA said, “In 1995, we resurrected Jack, turning him into a charismatic CEO, and now we are thrilled to have the opportunity to return Jack to cultural icon status.”

“We share a long history of challenging the status quo,” Riley added. “Our Disruption ethos and methodology is perfectly suited to locate Jack in the Box in the cultural conversation and make them the leading nationwide challenger in the crowded and dynamic QSR category.”

The company has over 2,200 owned and franchised restaurants in the U.S., primarily in the west and southwest.

Jack in the Box retained RallyCry to lead the review process.