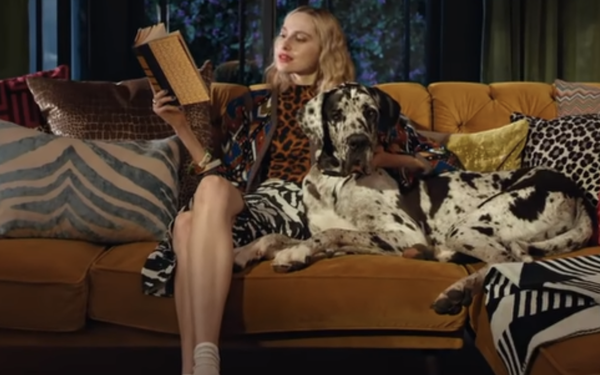 The TJX Companies, owner of T.J. Maxx and Marshalls, is on a hot streak. Its latest sales reports show sizable gains in the U.S., and a peppy new ad campaign underscores its goal to be the No. 1 shopping choice of women determined to be their own style gurus.

The results compare starkly to Kohl's, which is in the news as it scrambles to ward off unwanted buyout offers, defending itself against pressure from activist investors.

At TJX, based in Framingham, Massachusetts, sales rose 14% to $13.85 billion in the most recent period. In the U.S., comparable-store sales increased 13%, using a calculation that excludes the impact of COVID-19 store closures. For the full year, those comparable sales jumped 17%.

Net income for the fourth quarter improved to $940 million, up sharply from $325.5 million.

While positive, those results disappointed investors, who had been looking for even more significant sales gains as more people headed back to work and out to social events. The company says the spread of the Omicron variant kept many people home in the U.S., while mandated government closings impacted international markets.

Kimberly Greenberger, an analyst who follows the company for Morgan Stanley, says she believes the sales slowdown is temporary. She continues to give the company an "overweight" rating, which means it is expected to outperform its competitors.

In her recent note on TJX, she writes that average ticket prices rose for the fifth consecutive quarter, suggesting that customers are reacting well to strategic price increases.

Greenberger, expects the company's off-price positioning to have high appeal moving forward. With COVID restrictions easing, "consumers demonstrate an increasing penchant for value against a backdrop of lower year-over-year personal income growth, inflation in other household budget items and less stimulus support," she writes. That "should benefit TJX's revenue growth and market share."

T.J. Maxx's new ad campaign, the first from MullenLowe Boston since it won the business last summer, makes no mention of the retailer's off-price positioning. Instead, it plays straight to women's perception of the brand as a treasure trove for fashion finds, allowing women to dress in a style that's all their own.

Set to "Confident," the Demi Lovato anthem, it urges women to "command the room," "take up space," "make a scene" and "say no -- emphatically."

Over at Kohl's, there is considerably less swagger. It rejected a $9 billion bid from Starboard Value, a hedge fund, in January. It also turned thumbs-down on an offer from Sycamore Partners, a private equity firm that has rescued retail brands that include the Limited and Talbot's.

The New York Post reports that HBC, owner of Hudson's Bay and Saks, is reportedly the current front-runner.