Is Apple Poised To Change The Streaming Game With New iPhone Sub Plan? 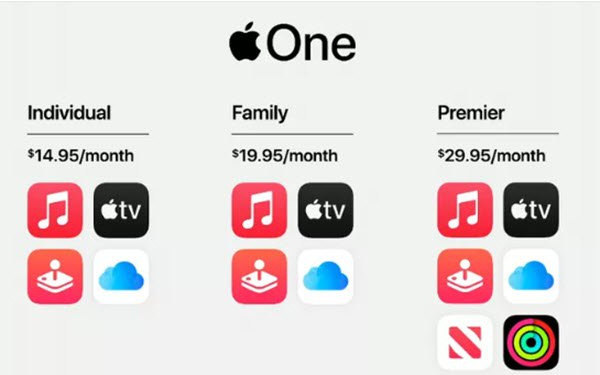 Apple is reportedly readying a new hardware subscription program that could be a game-changer for streaming services, as well as device manufacturers.

The under-development subscription program would offer consumers the option of paying ongoing monthly fees — as they do to use some apps — to have use of iPhones or other Apple hardware and get free upgrades as new versions are released, according to Bloomberg sources.

Apple has not commented on the program, said to be targeted for launch later this year or in early 2023.

Apple already offers installment plans for paying off its pricey devices over 12 or 24 months, but the new program would be on an automatic renewal basis, and be tied to existing Apple ID accounts and possibly include bundles of Apple One services such as Apple TV+, Apple Music, Apple News+, iCloud+ and Apple Fitness+.

With 1.8 billion active Apple device users worldwide as of January, and Statista projecting that U.S. iPhone users will reach 118 million this year (up from an Apple-reported 113.5 million in 2020), such a hardware subscription program could drive substantial leaps in the user bases of the company’s streaming, music and other services.

That would not be welcome news for Netflix and other premium subscription-video-on-demand (SVOD) services — or for music services like Spotify, which helped launch European antitrust investigations of Apple, and cried foul again when Apple launched the Apple One program in 2020.

The Apple One bundles, which go for between $14.95 and $29.95 per month, are integral to Apple’s strategy to establish and build a subscription-driven business model that delivers consistent, high-margin revenue streams.