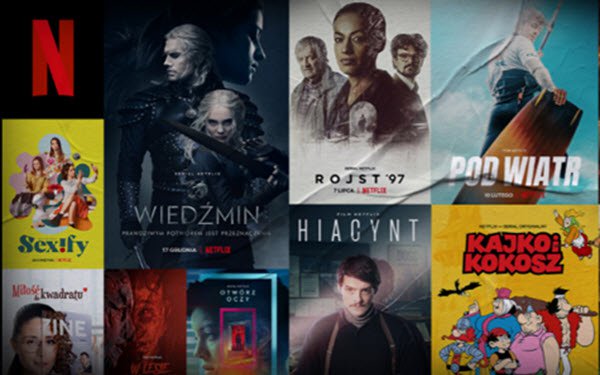 Netflix will open a new office in Warsaw, Poland later this year that will function as a hub for its original productions for Central and Eastern Europe (CEE).

The hub is a natural next step for Netflix in the region, its vice president of series, EMEA, Larry Tanz, noted in a blog.

Netflix localized its streaming service in Poland in 2016. Soon after, Netflix became available in Romanian, Czech, Hungarian, Croatian and Ukrainian.

Since then, Netflix has worked with creatives across CEE to expand its local films and series.

"In Poland alone, we have invested over 490 million PLN (~115 mln USD) in original Netflix films and series and have created over 2600 jobs on our productions," wrote Tanz. “In parallel, we have consistently invested in licensing many hugely popular local titles in Czechia, Romania, Hungary and others. CEE has also become a strategic production hub for our international shows, with major titles like Extraction 2 or Shadow & Bone S01 successfully shot in the region recently.”

The new Warsaw hub will help Netflix “build long-term cooperation in the region as well as deepen existing ties, creating new opportunities for content creators and producers," he said.

Netflix content produced in the region has regularly been among the service's top 10. It has included the series "The Woods," "Sexify" and "Rojst '97," as well as films including "David and the Elves," "Nobody Sleeps in the Woods Tonight,""How I Fell in Love with a Gangster" and the "Operation Hyacinth."

However, Netflix has stiff competition from HBO and other services that have also been producing content in the region for some time.