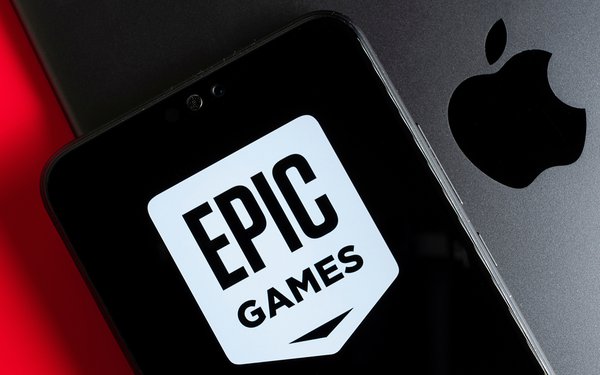 National security experts including two former heads of the Central Intelligence Agency are siding with Apple in its battle with Epic Games, which challenged Apple's tight control over iPhone and iPad apps.

The former security officials say in court papers filed Thursday that a court order requiring Apple to allow “sideloading” -- meaning the downloading of apps from sources other than Apple -- could lead to “national security disruptions.”

“If Epic were to prevail, consumers, and the country, would be worse off,” they argue in a friend-of-the-court brief filed with the 9th Circuit Court of Appeals.

Epic sued Apple in 2020, shortly after Apple removed the Fortnite game from the iOS App store. Apple did so because Epic began offering Fortnite players the ability to make purchases directly from Epic, in violation of Apple's policies.

Apple requires game developers to use its payment platform for in-app purchases, and charges a 30% commission to developers that take in more than $1 million in revenue.

Epic alleged that Apple monopolizes the iPhone and iPad app distribution market, and unlawfully forces developers to use its payment-processing system.

Apple defended its policies, arguing that its restrictions -- including a refusal to allow “sideloading” -- were driven by security and privacy concerns, as well as concerns over apps' content.

Gonzalez Rogers, who presided over a 16-day trial, ruled last September that Epic didn't prove that Apple was a monopolist.

In January, Epic appealed that part of the decision to the 9th Circuit Court of Appeals. The company argued to the appellate court that Apple's restrictions “are unnecessary to further any legitimate procompetitive purpose.”

The ex-CIA chiefs and others are backing the company's argument on that point, writing that Gonzalez Rogers' ruling “offers the highest and best outcome” for protection against mobile-based cybersecurity threats.

“Epic’s counterfactual world of requiring iOS mobile devices to permit sideloading ... would make everyone worse off,” they write. “It would deprive consumers of the ability to choose the highest-level device security. That restriction of choice would greatly increase the risks of cyber threats for individuals and, through scale and network-based attacks, for the nation.”

Apple also drew support from other outside groups, including the game company Roblox and the tech industry funded think tank Chamber of Commerce.

“The aspects of Apple’s approach that Epic attacks in this lawsuit are integral to the security and privacy concerns that influence some consumers to choose Apple,” the Chamber of Commerce wrote in a separate friend-of-the-court brief.

Apple is appealing that portion of the ruling to the 9th Circuit.