Hollywood, News Industry And Others Side Against Twitter In Unmasking Battle 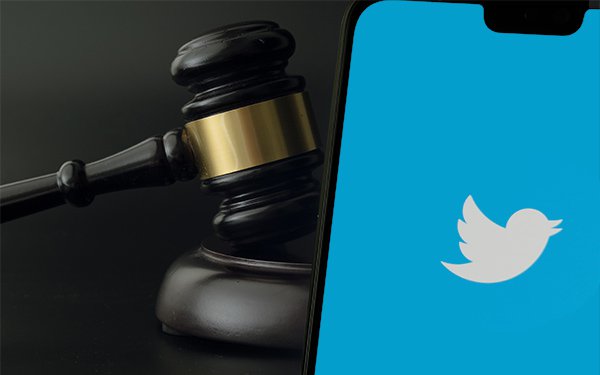 The Copyright Alliance as well as organizations representing photographers and graphic artists are siding against Twitter in a battle over whether it must unmask the account holder behind @CallMeMoneyBags, who posted critical tweets about private-equity firms and their leaders.

“Twitter has taken it upon itself to decide that a copyright holder should not receive information necessary to protect its copyrights,” the American Photographic Artists and several other groups argue in a friend-of-the-court brief filed Monday with U.S. District Court Judge Vince Chhabria in the Northern District of California.

“Twitter is egregiously seeking to shield an accused infringer without any right to do so and based on phantom concerns. Its position is a dangerous affront to copyright holders everywhere and must be rejected,” the associations add.

They are weighing in to oppose Twitter's request that Chhabria quash a subpoena issued late last year by U.S. Magistrate Judge Donna Ryu, who ordered the company to disclose information that could identify @CallMeMoneyBags.

Twitter said Bayside had no valid infringement claim, arguing that the photos were protected by fair use principles. The web platform elaborated that @CallMeMoneyBags used the pictures, including at least two that depicted a woman in a bikini, to accompany written commentary like “Life is good when you are Brian Sheth,” referring to the billionaire former president of Vista Equity Partners.

Ryu sided against Twitter, writing that she couldn't conclude that @CallMeMoneyBag was protected by fair use, because the account holder didn't submit evidence about the issue.

The advocacy groups Electronic Frontier Foundation and American Civil Liberties Union sided with Twitter, arguing in a friend-of-the-court brief that fair use can be so obvious that a judge doesn't need additional evidence to rule on the issue.

“Copyright holders seeking to enforce their rights against third party infringers should not have to fight with service providers,” the groups write.

The organization Copyright Alliance -- which counts the Motion Picture Association, National Association of Broadcasters, News Media Alliance, Netflix and Disney as members -- weighed in against Twitter in a separate friend-of-the-court brief.

That association argues that content owners need not disprove fair use in order to identify an accused infringer.

Chhabria has scheduled a hearing on the matter for May 12.