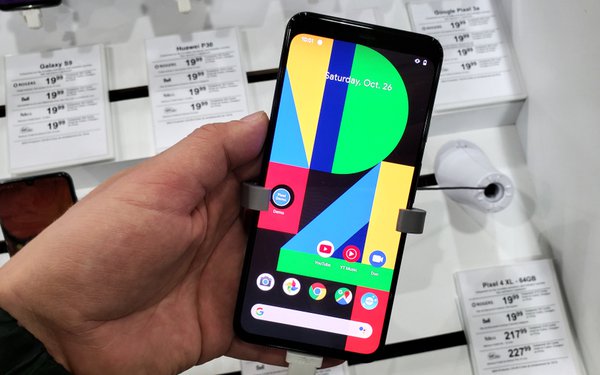 Texas Attorney General Ken Paxton has no grounds to proceed with a claim that the company violated a state consumer protection law by arranging for radio personalities who hadn't themselves used the Pixel 4 phone to endorse the product, Google is telling a federal judge.

“Texas does not allege that the advertisements misdescribed or misrepresented the Pixel 4 or its features, or even that a single consumer bought a phone on the basis of these advertisements,” Google argues in papers quietly filed last month with a federal judge in Austin.

“Nor does Texas allege any risk of future violations or future consumer harm because the conduct complained of ended more than two years ago,” Google adds.

The company's argument comes in response to a lawsuit filed by Paxton in January, when he alleged Google hired media companies including iHeartMedia to record and broadcast the Pixel 4 ads to listeners in the Dallas-Fort Worth and Houston markets. Ultimately, eight radio personalities recorded Pixel 4 ads, which ran more than 2,400 times between late October and early December of 2019, according to Paxton's complaint.

A typical script had the radio hosts praising the Pixel 4 as if they were already using the phone, according to the complaint.

The script allegedly included lines like “It’s my favorite phone camera out there, especially in low light, thanks to Night Sight Mode,” and “Pixel 4 is more than just great pics. It’s also great at helping me get stuff done, thanks to the new voice activated Google Assistant that can handle multiple tasks at once.”

Google argues in its bid for dismissal that the ads were “utterly conventional” radio spots.

“Rather than misleading 'endorsements' reflecting the DJs’ personal beliefs, the ads at issue are classic examples of obvious spokesperson statements that consumers recognize reflect the advertiser’s, not the speaker’s, beliefs,” Google writes.

The company also says the case doesn't further the public interest, noting that the state didn't allege “a single instance of consumer harm requiring a remedy.”

Paxton initially brought the case in state court, but Google transferred the lawsuit to federal court.

Last month, Paxton asked a federal judge to send the case back to state court, arguing that the Texas government is entitled to bring cases against out-of-state companies in state court.

On Tuesday, Google officially opposed that request. The company says the matter belongs in front of a federal judge, arguing that federal courts are tasked with presiding over disputes between citizens (or companies) from different states.

Google essentially contends the only Texas-based parties that could be affected by the lawsuit are “a small group of Texas consumers who ... may have heard and acted upon advertisements that aired two years ago.”

Paxton is expected to respond by April 12 to Google's request that the case be dismissed.