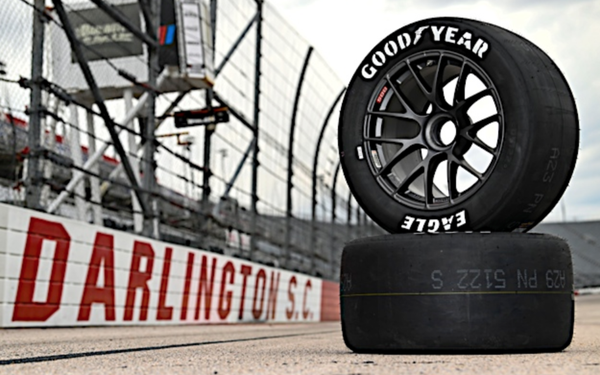 The “Official Tire of NASCAR” is rolling out throwback tires that mimic the spray-painted logo designs of the past, along with a contest giving consumers a chance to win one to take home.

The tires will pay tribute to the first time Goodyear featured “Eagle” on its race tires’ sidewalls in NASCAR. The tire design will be used at all three national series races during the Official Throwback Weekend.

Hosted on May 8 at Darlington Raceway, one of the Cup Series’ oldest active tracks, the Goodyear 400 celebrates the history of stock car racing and signifies another milestone chapter in Goodyear’s 68-year affiliation with NASCAR, says KarenMaroli, Goodyear's vice president of marketing.

Now through May 9, fans who visit Goodyear400Sweepstakes.com and complete the online entry form will automatically be entered for a chance to win one of the limited-edition tires, used exclusively by the winner of the Goodyear 400.