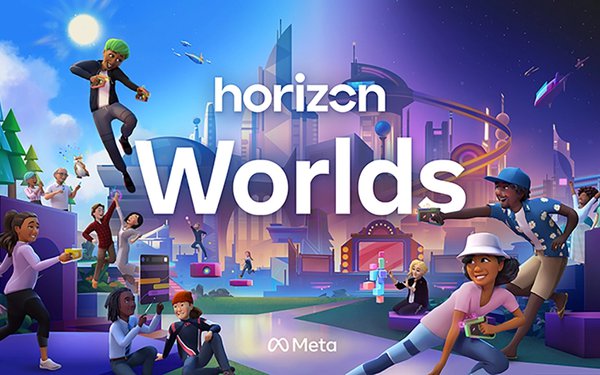 In Meta’s continual promotion of a long-awaited metaverse, the company announced on Monday that it is testing two new tools to help creators make money within Horizon Worlds –– the social metaverse platform for Quest virtual reality (VR) headsets.

The first tool -- which allows Horizon Worlds creators to sell virtual items and effects directly in the worlds they are developing -- is currently being tested by a handful of users in the U.S.

Selling special access to locked areas of created worlds, for example –– or custom avatar accessories such as jewelry and apparel –– is part of Meta’s long-term vision for a metaverse in which creators can earn a living.

Meta plans to take a 25% cut of what creators sell in Horizon Worlds, on top of a significant platform fee. Vivek Sharma, vice president of the Horizon team, told The Verge that Meta thinks it’s “a pretty competitive rate in the market.”

The second feature that Meta is testing is a goal-driven bonus program stemming from its original $10 million creator fund launched last year.

The Horizon Worlds Creators Bonus Program encourages creators to develop their virtual worlds with the tools provided. Creators will be paid an amount not subject to fees, but dependent on how much user-engagement their world receives.

According to TechCrunch, it is unclear whether Meta is adding money to the original fund or whether these payments will stem from the original base.

Horizon Worlds is still only available in the U.S. and Canada. As of last February, the platform had 300,000 users, with 10,000 worlds created.

It’s been clear since changing its name from Facebook to Meta, that the controversial media giant aims to be the dominant force in the future metaverse. However, those investing in Meta’s vision are increasingly apprehensive.

On Monday, The Securities and Exchange Commission (SEC) ruled that Meta must give investors the opportunity to vote on a shareholder proposal questioning the company’s willingness to sell and operate metaverse technologies without considering the potential risks.

The proposal will likely be shut down, due to CEO Mark Zuckerberg’s control of voting shares.