PerLora Draws Millennials To High-End Furniture, Positions It As The 'New Normal' 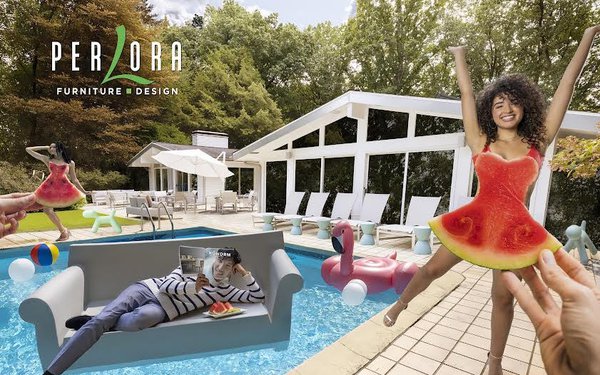 PerLora, a high-end furniture company, wanted to attract millennials to its brand.

The campaign, called the "New 'new normal'" is running in Architectural Digest and El Decor. There is also an outdoor campaign component. For now, it is regional in the Pittsburgh area.

For example, one ad makes it appear as if the wooden furniture and models blend into the forest behind them. In another, a sofa sits comfortably in a pool, while a watermelon slice doubles as a dress.

"Photography lends itself to fashion," said PMI's creative director Damien D'Amico. "And furniture is fashion; moreover, a lifestyle. It’s not enough for furniture to serve a singular purpose anymore. Couches aren’t just for sitting. Couches are where people film their podcasts, where they take their Zoom calls. They need to make a statement. And so, we developed a campaign that did just that."

PerLora is a medium to high-end furniture and design store in Pittsburgh founded by Perry and Lora Sigesmund. In 1999, PerLora opened an all-leather showroom, PerLora Leather, and in 2015 opened PerLora Loft, which caters to a younger audience.

The Home Furnishings Association recognized PerLora Furniture Design, among a few other companies, as Retailer of the Year for 2020, in the category of retail stores with less than 50 employees.