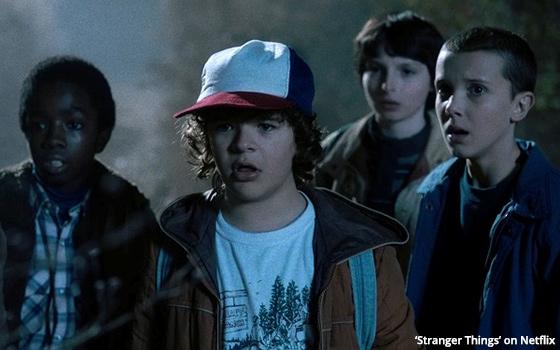 The decline of Netflix subscribership would appear to be a matter of simple arithmetic.

To sum it up, the subscription streaming world that Netflix dominated by itself for years is now crowded with heavy hitters who have the money, experience, scale and range of content to more than compete head-on with Netflix. Ergo, Netflix has gone from alpha dog to member of the pack.

Which is not to say Netflix no longer matters. On the contrary, with its billions of dollars invested annually in the production of new content and its tens of millions of subscribers around the world, Netflix is still a player.

But so is everyone else, and the playing field has been leveled. This process can be seen to have begun in earnest in fall 2019 and reached critical mass in late winter 2021.

The order goes like this: Apple TV+ launched on November 1, 2019, followed by Disney+ on November 12 (six months after taking full control of Hulu).

Then came NBCUniversal’s Peacock in April 2020 and WarnerMedia’s HBO Max a month later, followed by AMC+ in June of that year.

Discovery+ came on line on New Year’s Day 2021, followed by ViacomCBS’ Paramount+ three months later in early March, and the march of the media majors into subscription streaming was complete.

The result is that now, Netflix's growth appears to be slowing, underscored by the news this week that the company lost 200,000 subscribers in the first quarter of this year.

The number would appear to be a drop in the bucket for Netflix, which reportedly still has 221.6 million global subscribers.

But this first-quarter loss is reportedly the first time this has happened in 10 years, according to The Wall Street Journal. Investors reacted predictably and Netflix stock took a nosedive.

In the aftermath, Netflix Chairman and Co-CEO Reed Hastings disclosed that Netflix might now try to wade into a whole new revenue stream for the company -- namely, launching a new tier at a lower subscription fee that will be -- get this -- ad-supported.

Cleary, the worm has turned. Ever since it started its subscription streaming business, Netflix has been proudly and steadfastly anti-advertising. This was a selling point for them.

Subscription-only Netflix was so successful that all of the other TV companies mentioned above launched their own streaming services based on the Netflix subscription model -- except for one thing: Almost all of them established (or will establish) ad-supported tiers.

Why? Because the selling of advertising -- i.e., sponsorships -- has been the lifeblood of the TV business for generations and these other companies are experts at it. It is in their DNA.

Seen in that light, it is no surprise that they were going to make ad sales a part of their streaming plans eventually. It would have been foolish to bet against it.

If memory serves, a similar series of events unfolded in the cable business many years ago. At first, cable TV was all subscription-based.

But eventually, the cable companies got into the advertising business too and ended up enjoying two revenue streams from subscriptions and advertising.

Much the same thing appears to be happening here. The subscription streaming business is also going from one revenue stream -- i.e, subscriptions -- to two with the addition of these ad-supported tiers.

And at least for the foreseeable future, the TV giants will continue to maintain their positions in basic cable too -- where they already profit from subscriptions and advertising. And once again, the TV industry’s cup runneth over with revenue streams.

In order to share in this bounty, Netflix now finds itself in the position of playing catch-up with these huge TV companies, all of which are light-years ahead of Netflix in the world of ad-supported TV.

How do you like that? After all of the drama of the last three years as one major TV company after another dove into subscription-only streaming, the TV biz is back where it belongs -- poised to rake in even more money from advertising.