Netflix To Offer 'Exploding Kittens' As Both Game And TV Series 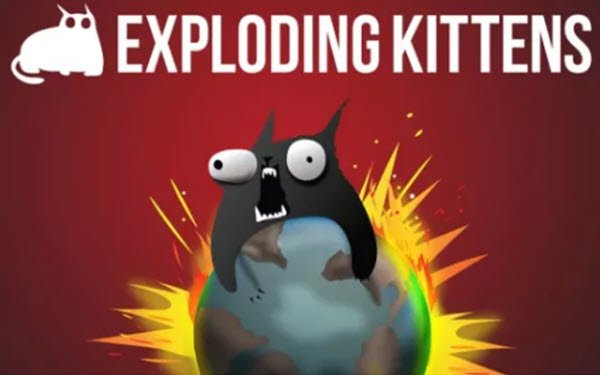 Netflix is taking its new games business to the next level by offering both a game and original TV series based on the popular “Exploding Kittens” card game.

The adult-oriented animated series comes from animation company Bandera Entertainment and was launched by “King of the Hill” creators Mike Judge and Greg Daniels. They will executive produce along with showrunners Shane Kosakowski and Matthew Inman, Dustin Davis of Bandera, Peter Chernin and Jenno Topping of Chernin Entertainment Group and Elan Lee, who created the original card game with Inman and Shane Small.

The show, set to debut on the streaming service some time in 2023, has a “heaven versus hell” theme and is voiced by Tom Ellis, Abraham Lim, Lucy Liu, Ally Maki, Mark Proksch and Sasheer Zamata.

The new game sticks to Netflix’s existing strategy of attracting new members and supporting retention by expanding free offerings to members. And like the streaming service and its game offerings to date, the new game will be advertising-free.

The new game’s basic dynamics are the same as the original, with players drawing cards while attempting to avoid the Exploding Kitten. But it will include two new exclusive cards that reveal the position of the kitten and reverse the order of the deck, according to Netflix — which says it will add cards and game mechanics tied to the animated show down the line. Both single- and multi-player options will be available.

“Our goal is to offer our members great entertainment they'll love in whatever format they may enjoy — whether it be a game or an animated series," said Leanne Loombe, head of external games, Netflix.

“Exploding Kittens” was started in 2015 via a Kickstarter campaign that raised $8.7 million in under a month. The game has since been translated into 30 languages.