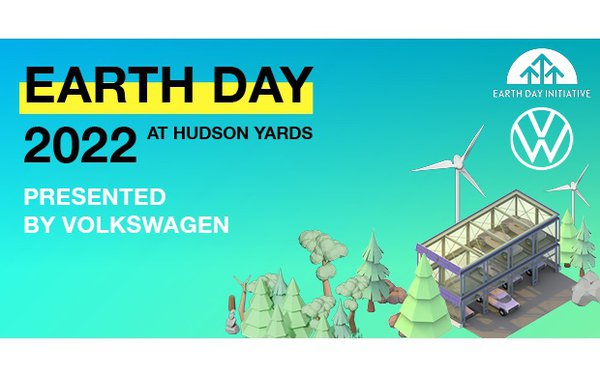 Volkwagen of America, BMW of North America and Kia America are among the companies launching eco-friendly activations, some tied to Earth Day, which is Friday.

VW is the presenting partner of Earth Day 2022 at Hudson Yards. The event will be held April 22-24 through a partnership with Earth Day Initiative at the Shops at Hudson Yards. It will feature exhibits and programming by environmental nonprofits and sustainable businesses in the transportation, fashion and energy sectors.

Volkswagen’s ID. Buzz, an electric vehicle that reimagines the brand’s iconic microbus, will be on display. The automaker also will display its all-electric ID.4 SUV in Earth Day-themed prints by New York-based designer Steffi Lynn.

With a voiceover from actor Chris Pine, it shows a fabrication of a real-life replica of the iX which is hoisted in the air atop a 12-foot tower of stone in the Yucca Valley.

The 60-second spot, “The Future Finds Us,” which represents connections among engineering, nature, and art, will run on digital properties including Facebook, Instagram and YouTube, and across BMW’s owned social channels.

While not directly tied to Earth Day, Kia America is launching a campaign focused on conserving endangered sea turtles and solving beach pollution.

The campaign for the 2023 Kia Sportage subcompact SUV includes a donation to Sea Turtle, Inc., which will help the organization renovate its facilities, says Russell Wager, vice president of marketing, Kia America.

The 30-second spot “Beachcomber” shows a Sportage X-Pro driver retrieving a drag rake from the SUV’s spacious cargo area before connecting it to the vehicle’s tow hitch and making multiple passes along the sand collecting trash, plastic bottles and other refuse.

Created by David & Goliath, the spot features CGI footage of dozens of sea turtles that was created after the agency studied the real-life critters, Wager tells Marketing Daily. It will run on broadcast, out-of-home-social and digital elements.

Meanwhile, Nissan and Tread Lightly are working together to promote responsible off-road recreation through marketing, stewardship and education programs. The goal is to keep outdoor recreation opportunities accessible to current and future generations.

As part of this effort, Nissan will consult with Tread Lightly to ensure off-road activities are presented properly in promotional materials, and used the New York International Auto Show to kick off the collaboration.

It’s not just automakers getting on the 52-year-old Earth Day initiative.

Castrol and the RFK Racing NASCAR team are leading a clean-up on Friday near the Talladega racetrack. They’re inviting U.S. consumers to pitch in around the country for a chance to win driver Brad Keselowski’s race-work fire suit. To enter, consumers can post a photo of their clean-up effort to Instagram, tagging @CastrolUSA and using the hashtag #drivingforchange.

Also in celebration of Earth Day, Electrify America is offering complimentary charging to electric vehicle drivers at over 740 participating charging stations across its charging network, starting April 22 at 12:01 a.m. to April 23 at 3:00 a.m. EDT. The network is also offering a rebate on its HomeStation Level-2 home charger. 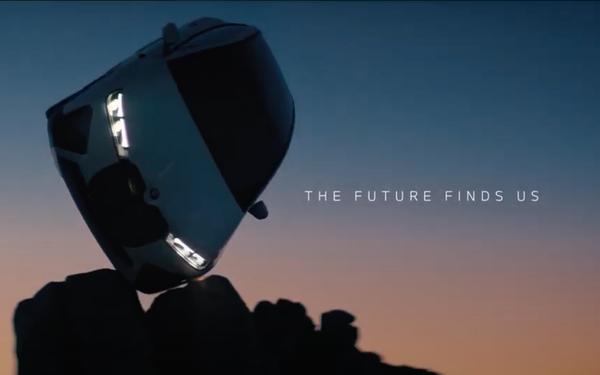