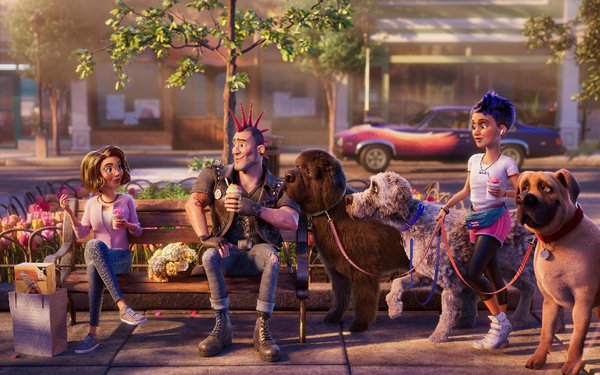 Apparently, it takes the combined efforts of two companies to fight severe asthma.

As a regular “Jeopardy” viewer, I’d grown used to seeing commercials for four-year-old Dupixent, a drug for severe asthma symptoms from (yes, two separate companies) Regeneron and Sanofi. And indeed, according to Fierce Pharma, Dupixent, which also treats eczema and rhinosinusitis, was the most-advertised prescription drug in 2021, with spending at $287.6 million.

This week, I also began seeing spots for the brand-new Tezspire, from the combo of Amgen and AstraZeneca. This drug has been approved by the FDA for people 12 and up, and will be prescribed for those with severe asthma, a condition that affects an estimated 1.3 million Americans.

Tezspire’s one-minute animated spot features a variety of diverse characters -- including a spike-haired guy, an ice sculptor and a mom splitting logs for her camping family -- who demonstrate that severe asthma sufferers “can be you, whoever you are.” Creative comes from Wunderman Thompson Health.

“Our goal with this campaign is to acknowledge that people and their severe asthma are complex, unique and different -- and no matter who you are, no matter your type of severe asthma, you should have the chance at better control of your asthma,” Kate Tansey Chevlen, executive director, Tezspire marketing and sales at Amgen, told Marketing Daily.

The characters in Tezspire’s spot live in the town of Be-You-Tiful, added Elizabeth Bodin, AstraZeneca’s vice president, U.S. Respiratory & Immunology. “We will be evolving the campaign to include additional unique and diverse characters to populate the town.”

The “Be You” campaign, which Bodin said will “run through the rest of the year and beyond,” includes broadcast and cable TV, digital platforms and streaming channels. The campaign, she added is a “360-degree eco-system of television, streaming and digital that integrates key tactics like personalized content marketing.”

AstraZeneca also markets several other asthma medications, including Pumicort, Symbicort and Fasenra (benralizumab). The latter is the only one that also runs consumer advertising.