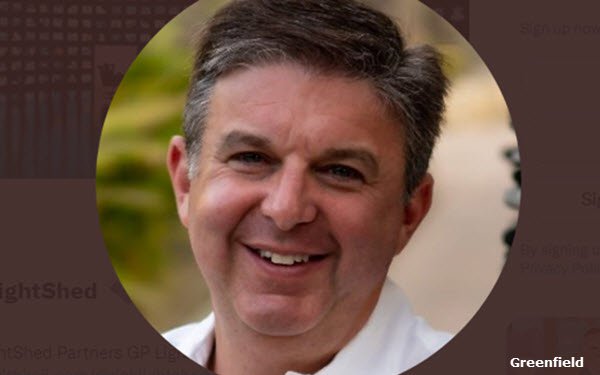 In a marked shift from his long support of Netflix as an investment, LightShed partner and analyst Rich Greenfield now says he sees the streaming giant as a possible takeover target for Apple or Amazon.

Greenfield is also highly critical of Netflix’s switch to embracing advertising. But it that’s its direction, he thinks the company should consider trying to woo to former WarnerMedia CEO Jason Kilar to help it navigate the difficult transition.

"If Apple wants to step in, buy it or Disney wants to step in and buy it, I think there are certainly crazier things that have happened and maybe that's the opportunity, right?,” Greenfield said in an interview on Friday on The Ankler Hot Seat podcast.

Greenfield has previously pointed out that Apple and Amazon are in unique positions because their business models mean that they don't have to worry about about driving short-term profits for subscription video-on-demand (SVOD), or constantly making large investments in must-see programming in order to retain subscribers.

“While I don't think they're looking to be sold and I don't think that's the plan, obviously, I can't imagine everyone is not thinking about if you want to have a 220 million global subscriber business with a growing library with incredible tech talent, there's a way to get it,” he said during the podcast, adding that “one reason people don't just abandon Netflix as a stock is that it's gotten to a size where it actually becomes an interesting chess piece."

A company looking for help in starting an ad-supported streaming business might look to Kilar — who was CEO of Hulu prior to WarnerMedia, where he launched HBO Max —- Greenfield noted. Kilar “has an entire team that’s done advertising on streaming, not once, but twice,” and that team “is right now sitting on the side,” he noted.

In Greenfield’s view, Netflix’s flip-flop on its long “religion” of “being anti-advertising” and ”coming to the conclusion that advertising might be the only answer” is “by far the scariest” aspect of its current scenario.

“As soon as you start putting ad breaks in — and remember, none of the Netflix originals were made [even thinking] about with ad breaks… I don't know if you've watched Hulu with advertising lately. The experience is literally horrible. And so what happens when you see the same ad? You start to go, ‘Oh my God! This is so painful.’ You start to get mad, maybe you leave the room, maybe you pick up a phone call. All it does is hurt engagement.”

Greenfield also questions whether Netflix is getting enough bang for its content buck.

Although “Squid Game” was “amazing,” “for a company that's spending $17 billion on content,” it doesn’t seem that there’s been enough that has ‘really captured the zeitgeist of the nation or of the world,” he asserted. “I don't think there's been enough for the amount they're spending... I don't think the Netflix content over the last 12 months has been good enough. And I think that's the problem.”

Netflix isn’t the only media entity facing a streaming crisis, in Greenfield’s view.

In a post last week, he and LightShed colleagues Brandon Ross and Mark Kelley argued that, after being lured into streaming by Disney’s success and shifting content to those platforms at the expense of their already-faltering traditional TV networks, legacy media companies are now realizing that subscription-based video-on-demand may be “nowhere near” as profitable as the legacy networks.

The analysts noted that Sony and other companies that eschewed launching streaming services in favor of producing and licensing content for others — a so-called “arms dealer” strategy — are clearly outperforming the all-in legacy companies.

As a result, management teams at companies such as NBCUniversal and Paramount may need to make the “hard decision” to consider abandoning their investments in original streaming commitments to do an abrupt about-face” and become arms dealers, they argued.