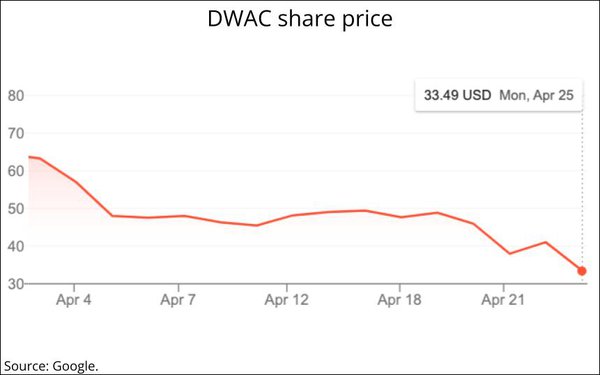 Since April 4 when Elon Musk, chief executive officer of Tesla, disclosed he had bought a 9.2% stake in Twitter, DWAC’s stock has been down 41.3%. Twitter board approved the buyout deal on Monday from Musk for $54.20 in cash, totaling $44 billion.

DWAC’s stock is down 32% since the beginning of the year.

Though Truth Social has been downloaded over 1.2 million times. But a recent reading shows the app has seen way less activity -- now downloaded on average at around 60,000 times per week, or 8,000 per day in March.

Daily active users for Truth Social are around 513,000, according to recent reports. This compares to 217 million active Twitter users.