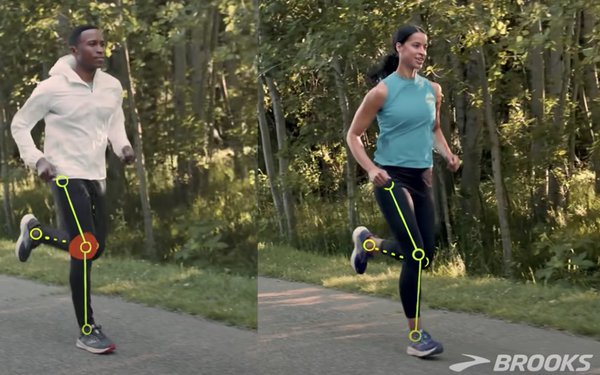 America’s running roll shows no signs of slowing. Impressive new financial reports from Skechers, Brooks, On, and Hoka One One show just how many different kinds of brands are benefiting as consumers look to step into more differentiated shoes as they rack up the miles.

The company credits the gains with its intensified marketing, including its Super Bowl “On the Road Again” ad, featuring Willie Nelson; its workout walking collection with campaigns starring Brooke Burke and former NFL star Cris Carter; and brand ambassador efforts from Amanda Kloots and Martha Stewart.

The news is also rosy at the niche running companies, with Brooks just announcing it’s moved into the No. 1 spot in the U.S. national performance footwear market for the first time. It now claims a 22% dollar share, according to NPD Group.

Sales at On soared 54% in its most recent quarter, while sales at Hoka One One, owned by Deckers Corp., shot up 30%.

These gains come with trends reflecting consumers’ continuing quest for new fitness and workout routines, including the reopening of gyms and a still-strong interest in health and wellness. However, consumers are passing by styles from giants like Nike and Adidas, whose kicks seem increasingly familiar.

The still-blossoming affair with running boosted sales of performance shoes by 25% in 2021, according to NPD.

In terms of total running gear, including equipment, apparel, and footwear, sales gained 15.8% in 2021, according to the Sports & Fitness Industry Association’s latest research.

Retailers are shaking up their approach to better serve these road warriors. REI Co-op, for instance, just announced a new multiyear strategy to boost its resources, including expanded product selection, in-store experiences, and improved training for sales staff. It says its running business has grown 65% since 2019.

The best news is that people really are moving more. For the second consecutive year, the Sports & Fitness Industry Association reports a decline in inactivity. That measure fell 0.7%, translating to 2.1 million more people in some kind of motion. (The organization measures this by asking 18,000 people about their participation in more than 100 sports and activities.)

So inactivity is tracked at the lowest rate it's been since the Association began measuring that data point in 2008. The most significant shifts are among children, with improvement in both the 6-to-12 and 13-to-17 age groups.

Running is a big part of the trend. Treadmill use is the biggest gainer in the survey, up 7.6T in 2021. (Those numbers fell 12.3% in 2020, primarily because people couldn’t access health clubs.)

Walking for fitness, by far the most popular type of workout, increased 1.6%, an activity now pursued by 111.4 million.